The second week of the Traverse City Spring Horse Show, presented by Turtle Creek Casino & Hotel, continued Friday at Flintfields Horse Park with a new opportunity for FEI competitors to earn points and prize money. Serving as the highlight class of the afternoon and the first FEI class of the week, the $36,600 Welcome Stake CSI2* challenged a field of 31 horse-and-rider combinations representing seven nations, each hoping to claim a podium spot.

Adding to their resume, it was Jonathan Corrigan (IRL) and Debra Wycoff’s Loughnavatta Indigo (Luidam x VDL Arkansas) who led the victory gallop after turning in the fastest double-clear trip, marking the second time the pair has won the class after topping the debut Welcome Stake seven days ago. With his win, Corrigan also extended his lead as the early frontrunner in the CaptiveOne Advisors $30,000 Leading Jumper Rider Bonus, which will be awarded in September.

Back for a second week, course designer Leopoldo Palacios (VEN) set a challenging 13-obstacle track composed of two combinations, a wide-set triple bar and looping turns that required quick action from athletes as they rebalanced their horses. At the completion of the first round, a total of six combinations had earned a spot in the lineup to advance to the next round. As the first combination to try their hand and the Week One winners of the Welcome Stake, Jonathan Corrigan (IRL) and Loughnavatta Indigo started the class on a high note with a fault-free effort and were soon joined in their efforts by Samuel Parot (CHI) and Dubai (Cardento x Kastello), who forced a jump-off. Throughout the class, most pairs rolled poles, but four more contenders laid down successful efforts, including Kendall Bourgeois (USA) and Collin 4 (Sam R x Guidam), David Beisel (USA) on Essince W (Chacco-Blue x Burggraaf NV), Ryan Michael Genn (USA) aboard Colora (Contendro I x Lord), and Michael Murphy (USA) riding Chaccofina (Chacco-Blue x Argentinus).

Palacios’ shortened course continued to challenge horse-and-rider partnerships with its mix of galloping lines and tight turns. Once again serving as the pathfinders, Corrigan and Loughnavatta Indigo maintained their penalty-free streak with a clear trip around the pattern in a quick time of 32.530 seconds to set the pace. Bourgeois and Collin 4 turned in a valiant effort to incur no faults, but were too slow to catch the leaders with their time of 35.780 seconds. With only one pair left to ride, the Irish pair still sat atop the leaderboard, but the lead looked like it might change hands as Murphy and Chaccolina sliced across the ring. Though they were on a blazing pace, the final duo downed one of the final fences to confirm Corrigan and Loughnavatta Indigo as the victors for the second week in a row. The only other double-clean pair, Bourgeois and Imagination Lane’s Collin 4 earned the runner-up spot, followed by Beisel and his own Essince W as the fastest of the four-faulters.

Already ahead by a point in the standings thanks to consistent results during the first week of the show, Corrigan maintained the top spot on the scorecard for the CaptiveOne Advisors $30,000 Leading Jumper Rider Bonus thanks to Friday’s second FEI victory. In addition to wins in both weekly Welcome Stakes, the Irish athlete finished in second position aboard Super Chilled in the $72,900 Grand Prix CSI2* last Sunday. With only three FEI classes held during the show so far, Corrigan has managed to never place lower than second and will aim to maintain his momentum in the $72,900 Turtle Creek Casino Grand Prix CSI2* in a few days.

Corrigan boasts 24 points, and Genn sits in second place in the overall standings with 21 points. Parot and Bourgeois are tied at third in the rankings currently with 8 points apiece. The CaptiveOne Advisors Leading Jumper Rider Bonus will be awarded to the rider who accumulates the most points in competitions $25,000 or more in prize money over the course of 11 weeks of riding in Traverse City.

Immediately preceding the class, the Grand Prix Ring was officially renamed with a ribbon-cutting ceremony featuring members of Traverse City Horse Shows and the Grand Traverse Band of Ottawa and Chippewa Indians, who own properties such as Turtle Creek Casino & Hotel, Grand Traverse Resort and Spa and other local businesses. To thank the Band for its extensive support of Traverse City Horse Shows, the main jumper ring was dubbed the Turtle Creek Casino & Hotel International Ring.

On Loughnavatta Indigo:
“He is an 11-year-old Irish Sport Horse that the Wycoff family own for me. They also own Super Chilled, who I competed in this class and last week, as well. I have actually jumped on a couple of Nations Cups and some 5* classes. He was very good at Spruce [Meadows] – he is a good horse that I have had for a couple of years now.”

On going first:
“It is always hard going first because everybody gets to see what you are doing. I kind of had intentions to try and win today, so I knew I was going to have to go as fast I could to have a shot at winning. I hoped that people would have to chase me and maybe have a rail. There were a couple clear and they came very close, but luckily I was just fast enough.”

On competing at Traverse City Horse Shows:
“It is very nice to have the Turtle Creek Casino here and there are a lot of amenities and good places around that make the town fun. I actually stayed in the hotel there and it was very nice! I believe they [are major sponsors here] so I am appreciative always to have sponsors. We couldn’t do it without them, so thank you to them.”

On the CaptiveOne Advisors $30,000 Leading Jumper Rider Bonus:
“It is good to have the rider bonus. We had a good week last week winning the Welcome and being second in the grand prix, and then winning today. Unfortunately I am only here for two weeks so it won’t really matter to me, but it is a good incentive to come to these shows and do well, especially with that added bonus, for sure.” 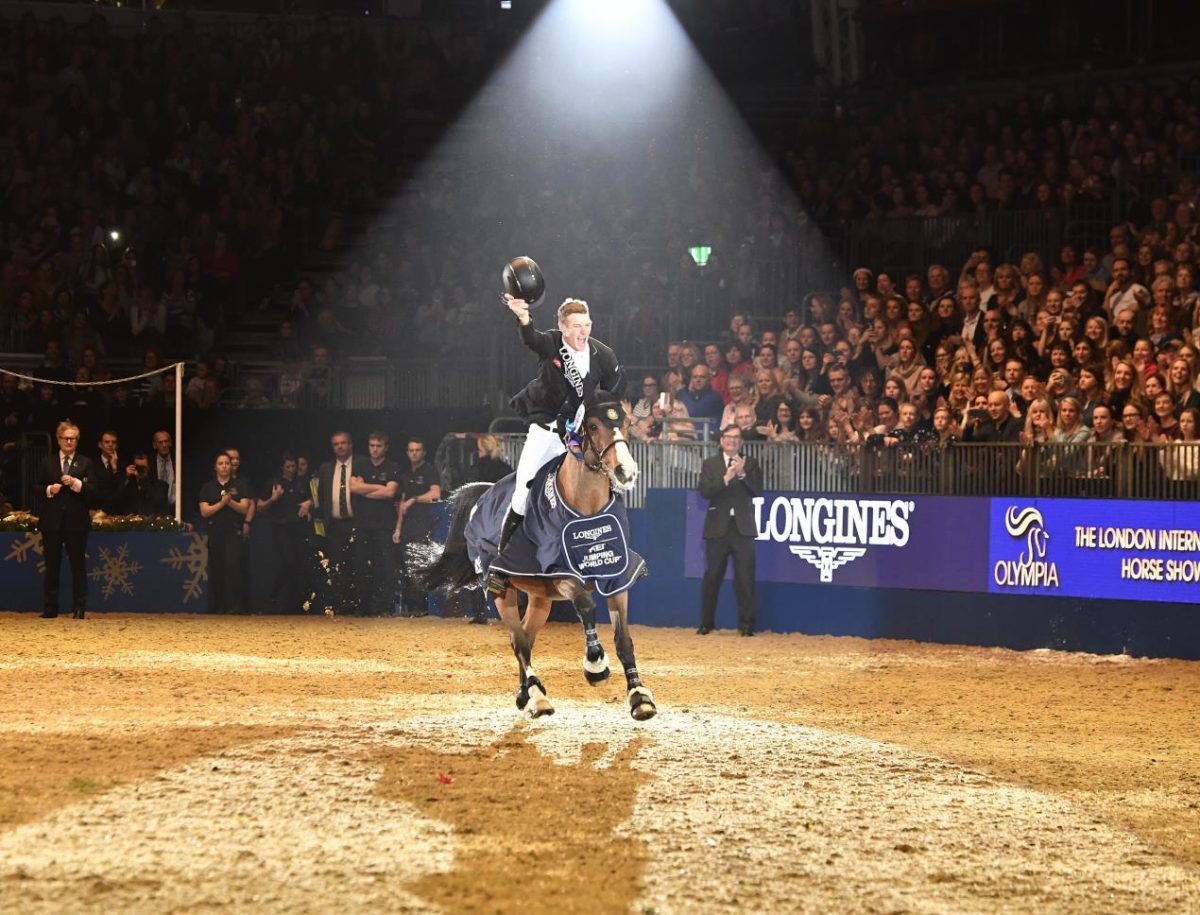 David Will keeps Bicocchi from second victory of the day

FEI asks EEF to create realistic proposal regarding the Europeans