The ESP Holiday & Horses CSI4* continued for its penultimate day of competition at the Palm Beach International Equestrian Center (PBIEC) on Saturday, November 28, with the $37,000 Dever Golf Cars 1.45m Speed CSI4*. Jumping to two top-five placings in the class, Sydney Shulman (ISR) finished the day on a high note with a victory on Jill Shulman’s Ardente Printaniere and a fifth-place result aboard the same owner’s Villamoura. International competition during the first ESP Holiday Series show will reach its pinnacle on Sunday, November 29, with the $214,000 Holiday & Horses Grand Prix CSI4*, presented by Palm Beach County Sports Commission, in the morning.

“She’s older; she’s 15. I bought her from Maarten Huygens and McLain Ward a little over five years ago,” commented Shulman of the winning 2006 Belgian Sporthorse mare by Joyeux Ardent x Ramiro. “She’s wonderful. She’s a bit unconventional but she’s super fast, super consistent, and you can really count on her. She has had some injuries over the years, so she has been on and off a bit. I really want to thank my grooms, Lily Stanbridge and Merri West. They take amazing care of her and she’s quite difficult because she’s unconventional to manage, but they’ve done an amazing job bringing her back from the injuries. They really deserve a lot of the credit.”

For the first and only round of riding in the $37,000 Dever Golf Cars 1.45m Speed CSI4*, course designer Anthony D’Ambrosio (USA) challenged the 65 entries with a track of 15 efforts. Sixth in the order, Shulman and Villamoura set the pace as the pathfinders with the first clear trip in 63.29 seconds. Though the leaders were overtaken for a short time by Kent Farrington (USA) and Austria 2, the winners of Wednesday’s $37,000 Holiday & Horses 1.45m Opener CSI4*, Shulman made sure to put herself at the top of the leaderboard once again with her second ride aboard Ardente Printaniere. The duo stopped the clock without any faults in a time of 61.62 seconds as the 39th in the order, leaving 26 partnerships left to chase them down.

“The first horse I rode was Villamoura, who is a speed demon,” reflected Shulman on her two rides. “I got jumped loose in the tack yesterday, so today I went for a little more conservative round on her. The winning horse, we call her Prima, only has one way of going and is a bit unconventional, so you kind of just leave her alone and let her do her thing. Most of the time it works out like today. I didn’t think Kent was beatable, so I really had nothing to lose and just tried to do the least amount of strides. She’s a massive mare and she covers the ground, so I was just hoping that she would stay careful enough, which she did.”

Though the remainder of the pack aimed to eclipse the Israeli partnership, none were able to pass their leading time, solidifying Shulman and Ardente Printaniere as the winners. Shulman’s mount has already seen respectable success this year as the winner of the $10,000 Hermes U25 Welcome CSI3* during Week Six of the 2020 Winter Equestrian Festival and the second-place finisher in the $72,900 Staller Grand Prix CSI2* this past summer in Traverse City, MI. In Saturday’s speed class, Ellen Whitaker (GBR) jumped into second place riding her own Jack Van’t Kattenheye in a clear time of 62.19 seconds, and Farrington and Austria 2 held on for the third spot.

“I’m grateful that we can continue to do what we love to do,” noted Shulman of competing under COVID protocols. “I’m really thankful to the show for allowing it to be safe and feel comfortable to do our job and to have the shows. I think we actually ended up showing more than we would have with FEI shows prior to COVID, so I really feel lucky that we can be outside and be with the horses everyday and still compete. It’s a little bit different, but I think everyone is being respectful so we can continue to show.” 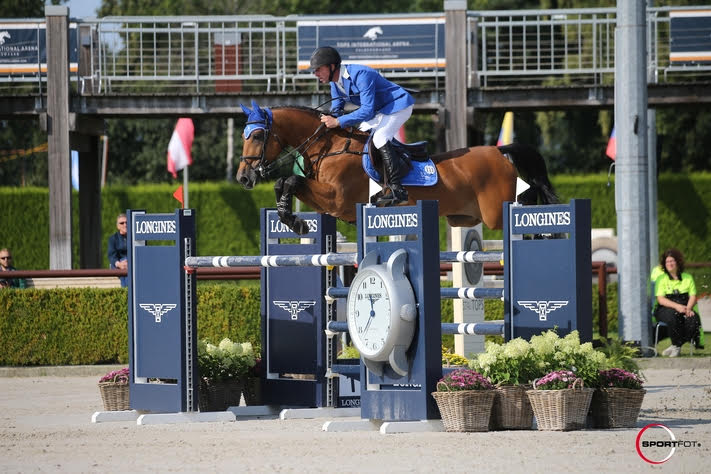 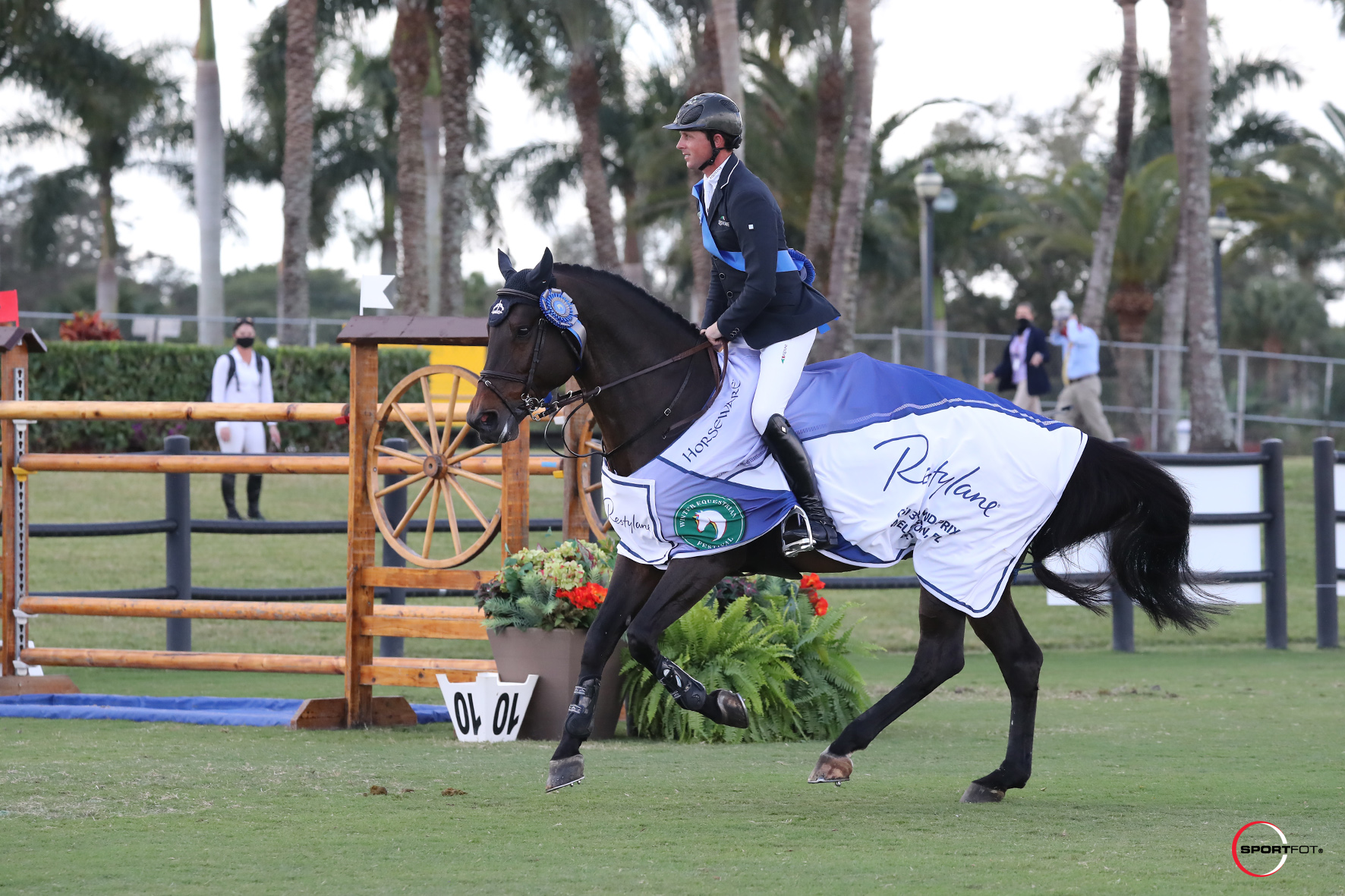 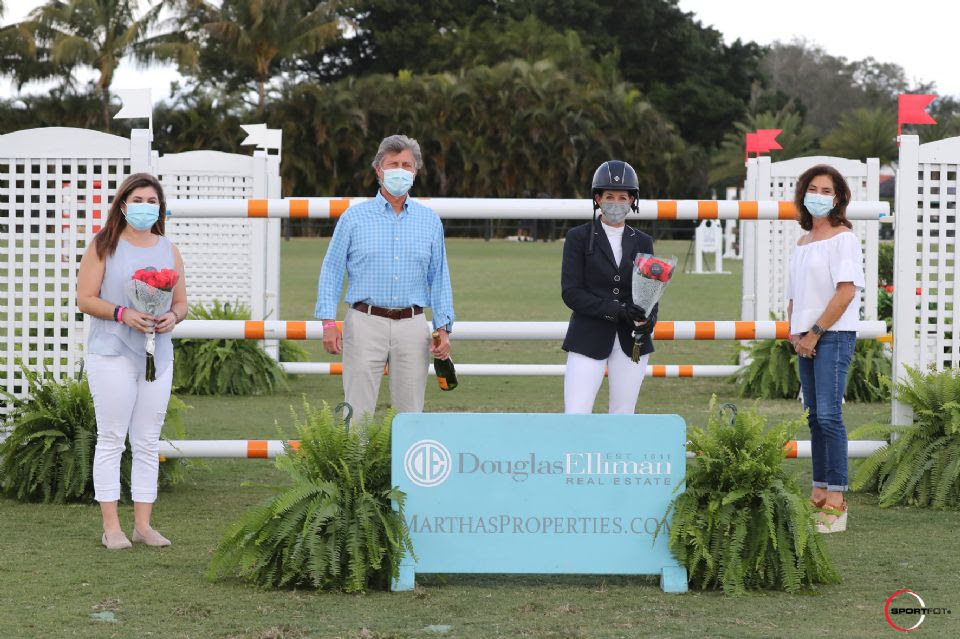