Liza Boyd of Camden, SC and O’Ryan returned to the Wollman Rink this year to claim the winning round in the U.S. Open $50,000 Duchossois Cup presented by The Gochman Family and Dr. Betsee Parker. The duo competed in the class last year, but finished just shy of the win to earn second place. Today, they posted a two-round score of 176.5 to claim victory by half a point over second place honorees Jennifer Alfano of Buffalo, NY and Sharon O’Neill’s Miss Lucy, who received a two-round score was 176. Third place was awarded to Hunt Tosh of Milton, GA and the Wheeler Family’s Patriot, earning a total score of 174.

“I thought the course rode really nicely, and as always, Bobby designed a beautiful course,” commented Boyd. “It was a nice flow that started out with an inviting first jump, and there were parts of it that were challenging enough. For this size, I thought the horses all handled it really well and jumped really well. You got to see the best of these horses.”

Boyd’s brother, Hardin Towell, saw great success this week at the Rolex Central Park Horse Show in the international show jumping competitions, including a first place finish in Thursday’s U.S. Open $40,000 CSX FEI Speed class and a second place ride in Friday evening’s U.S. Open $216,000 Grand Prix CSI 3* presented by Rolex. His client, Jennifer Gates, also took time atop the podium as Friday’s winner of the U.S. Open $25,000 Hollow Creek Farm Under 25 Grand Prix. Boyd explained, the pressure was on for her and O’Ryan to perform well in their only outing at the show.

“I definitely felt the pressure today! Hardin did so well and Jen Gates did so well. Stella Styslinger, O’Ryan’s owner, won earlier today, so I didn’t want to mess this up. But I also thought, ‘Well this is really good because Jack [Towell] is in a good mood, so I can have fun with it and really enjoy the city.’ For us to be here with these wonderful horses, we couldn’t ask for anything more.”

She explained that she was particularly impressed with O’Ryan’s performance at the conclusion of their handy round, in which the pair scored a 90, one of the highest scores of the class.

“In the handy, he really jumped the last in-and-out impressively. I thought that was a good ending and something to leave the ring on at the very end. I tried to show off at the end with a nice gallop to that final jump.”

Alfano is a former winner of the professional hunter competition in Central Park, but took a hiatus from competing at the venue last year due to an untimely injury. Guiding her trusted mount Miss Lucy, Alfano made her way back to the venue to finish in the top three.

“Lucy loves it here,” said Alfano of the pair’s performance. “I brought her here the first year that they did the hunters, and she really loves this atmosphere. I’ve had her for a long time and I’ve ridden her for a long time, so I’m comfortable with her. As Liza said, I thought the course rode well, you got to see good horses going really well, which is perfect.”

Hunt Tosh, a first-year competitor at the Rolex Central Park Horse Show, has been paired with Patriot for two years and commented that both Boyd and Alfano gave him advice about what to expect before arriving in the Big Apple.

“I called up both of my friends here [Liza and Jen] to find out what horse to bring, and what to expect with the class. In an atmosphere like this, it’s amazing how well the horses behave, even being back in the barn with all of the spectators and people watching, they all behave so well. It was a beautiful class, and I want to extend my thanks to the Gochmans for sponsoring it, and to the entire team that puts the event on. It’s spectacular.”

Becky Gochman, an impressively competitive hunter rider in her own right, was on hand to discuss her family’s involvement in the exhibition of the hunter discipline at the iconic venue and the value it brings to the entire discipline’s community.

“I think this show has really evolved from the start of having the horses stabled further away and having them walk down the path to the ring. I see a lot of human activity, strollers and people with their children petting the horses. New York City is such a melting pot and a great city that should be celebrated,” commented Gochman. “I think the hunters should be celebrated, and I think by including them and having the top riders here, it’s just been an amazing thing that the Bellissimos have brought forth, and we should continue to stand our hunter ground and celebrate the sport.”

Katherine Bellissimo, Co-Founder of the RCPHS and Partner of IEG, commented on the importance of innovation within the traditional atmosphere of the hunter division. She explained, “I just want to extend a heartfelt thanks to the Gochmans. This has been very important to have the hunters here, but we’ve also talked about innovation within the sport and how we keep innovation within the hunters, which is one of the oldest equestrian disciplines in this country in terms of horse showing and we’re very excited to continue that evolution here.”

In recognition and memory of the late Bruce Duchossois, the Duchossois Cup, has become a momentous occasion in memorializing one of the disciplines most dearly missed individuals. Boyd commented on her gratitude in capturing top honors in the class as way of remembering Duchossois and honoring his contributions to the sport.

“Being at this show, spending time with our friends, exploring the city with our kids, I think that it’s something that Bruce Duchossois would have wanted. I got a little teary eyed when they threw the cooler over us with his name on it. He is looking down and he’s happy about this.” 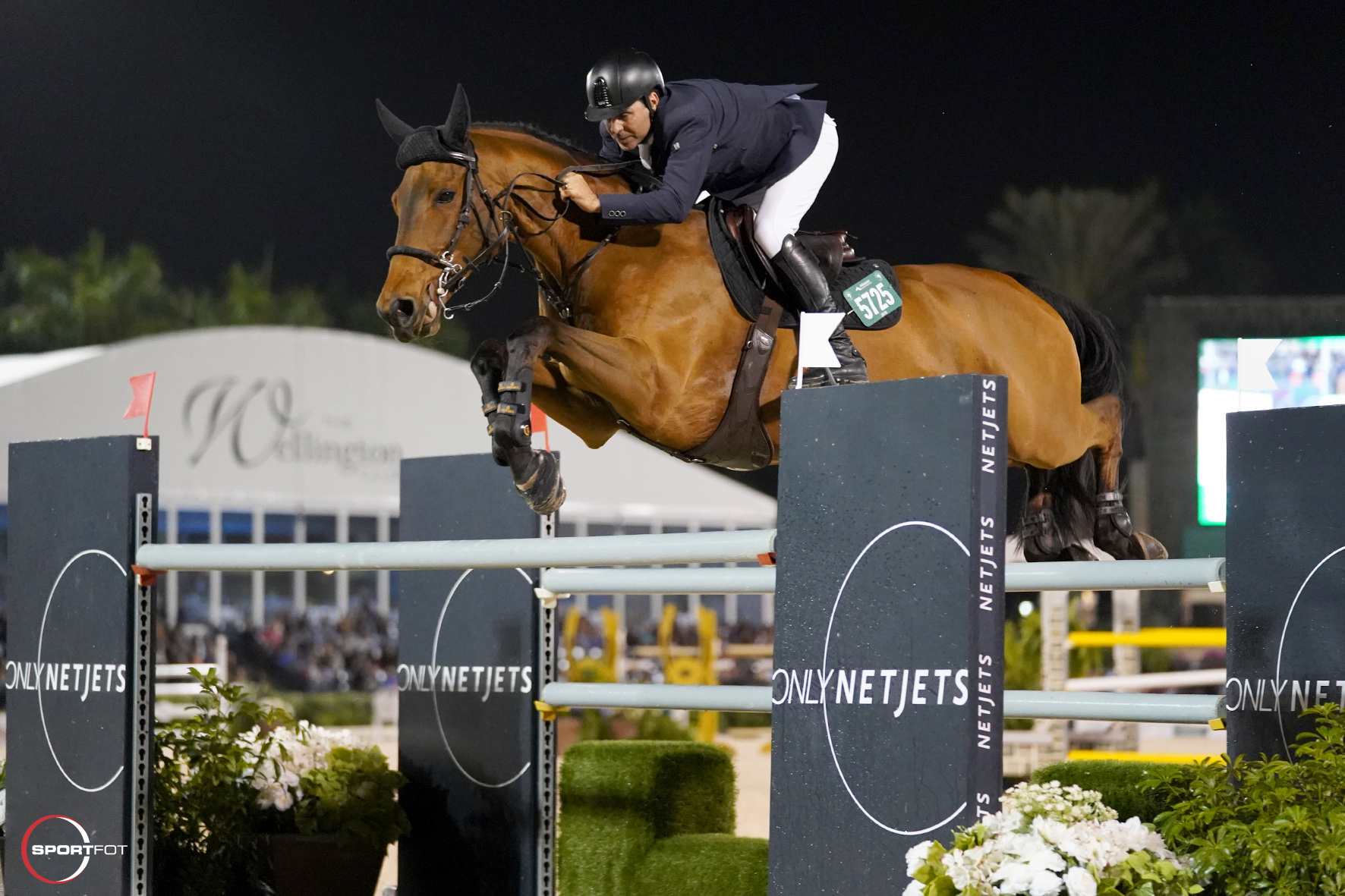