Just four of 27 entries reached the jump-off by riding without penalty over the 16-effort, first-round course designed by Eric Hasbrouck. Laura Chapot, who had won at least one class in the Grand Prix ring each day at this year's Lake Placid Horse Show, was first to try the eight-jump tiebreaker course on Thornhill Kate, the horse on which she won last year's $100,000 Great American Insurance Group Grand Prix during Lake Placid's second week. She finished with two knockdowns for eight faults.

Irish Olympic veteran Kevin Babington, the event's defending champion with Mark Q, was next to go on Shorapur, the 14-year-old, Hanoverian mare on which he won the class in 2016. He blazed over the course and finished clean in 42.771 seconds to take the lead.
Tyree followed next on her 9-year-old, Irish Sport Horse gelding and she moved into the lead with a clean ride in 41.514 seconds. The final entry was Brianne Goutal-Marteau, who won the class in 2008 with Ralvesther. She rode Viva Colombia to a clean ride and a time of 43.150 to finish third.
"I rode in my first Grand Prix here in 2013 and I think I've won every ribbon except the blue so I'm really happy to win," said an elated Tyree, a 25-year-old Northwestern University graduate. "I didn't get to see Kevin go but I knew he had a fast time. I went in and took advantage of my horse's big stride and let him do his thing. He's so smart and he was great at all the turns. The wet conditions didn't seem to bother him at all. He felt very comfortable all the way around. I really couldn't be any happier."
Source: Press release 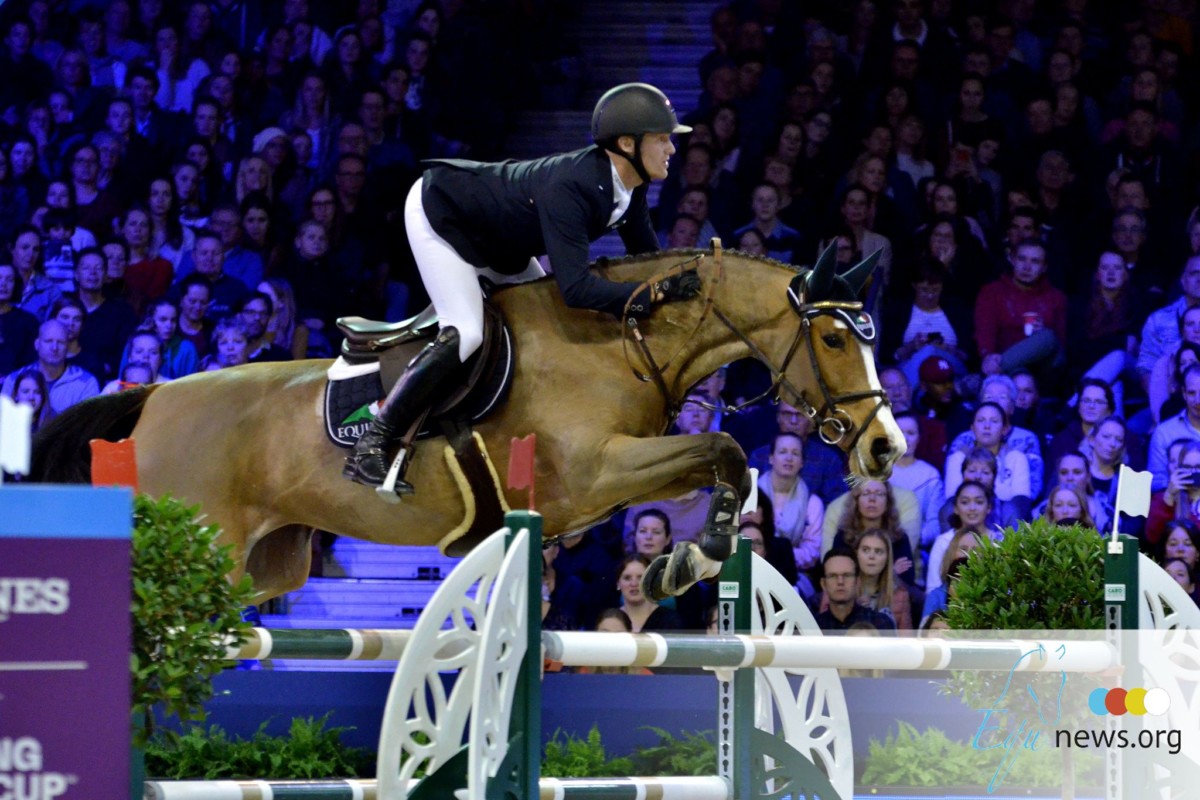