This afternoon, during the HUBSIDE JUMPING Grimaud-Golfe de Saint-Tropez, a rather rare and original result came to the end of one of the two major events of the day. Two riders finished their courses without fault and in the same hundredth of a second: they are therefore ex-aequo, and share the first place. Quite a symbol: these two riders are none other than Pénélope Leprévost (on Déesse de Coquerie), a legend of French equestrian sports, reigning French champion, Olympic champion in 2016 with the French team, and Mégane Moissonnier (on Gravity Lch), 24 years old, who is presented as the next generation of French equitation, and who wore last week for the first time in her young career the blue jacket of the French team, on the occasion of the Officiel de France in La Baule. American Laura Kraut on Hera Fbh finished in third place behind the two French riders.

"Mégane has always been ranked ahead of me since the beginning of the competition: I am getting closer little by little (laughs). For years, I've been saying that Mégane is really the next generation of French women's sport: she's really got class! I love the fact that she is so solid in her head. On this course, I was riding Déesse de Coquerie, a mare who has been in my stables for a year. She's a mare with a lot of personality, even a bit of a temper. She has however all the talent. She is progressing nicely. I'm doing a few blank courses, but because of her speed, we're often at the prize-giving, when it's passing."

"The final result is really surprising, especially with ten starters in the event. It's really funny to be ex-aequo with Pénélope, on this competition where we follow each other since the beginning of the week in prize-giving. This course was very pleasant to ride, quite galloping, with options to take. It was really a good course. Penelope is a great name in French riding. She is an incredible rider of precision and speed. To be able to compete with her now is an honor. If one day I get to her level, I will be the happiest rider." 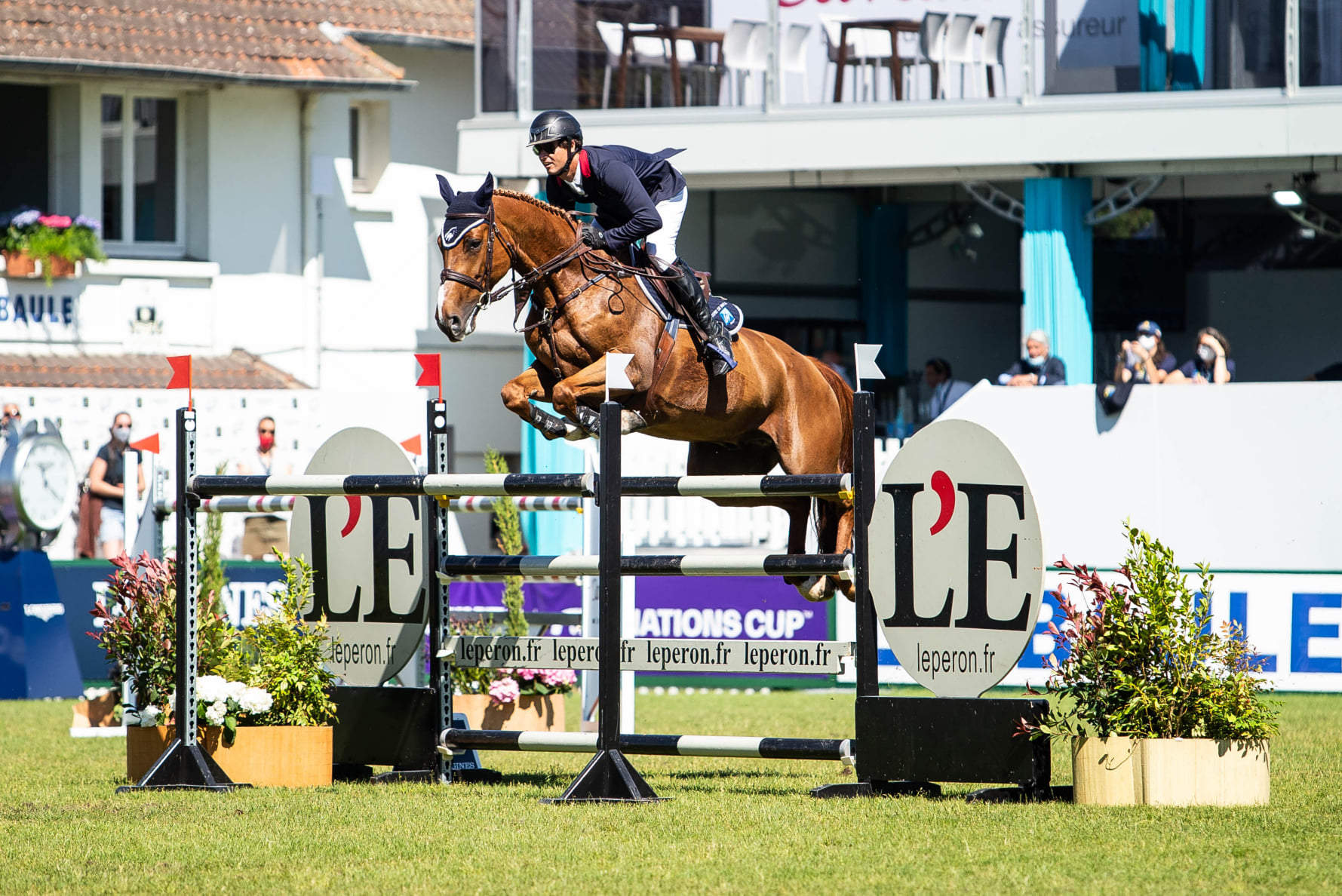