What an amazing start of this Super Saturday. Sixteen teams fought for the 2021 Global Champions League title and we finally have a winner...

The Scandinavian Vikings won this leg of the Global Champions League. During the first round earlier this week, the team had already proven that they are in amazing shape. Evelina Tovek (Winnetou de La Hamente Z) and Frank Schuttert (Kinky Boy vh Gildenhof) both jumped clear in the first round and that is exactly what the team did today as well. Except tonight, Henrik von Eckermann took Evelina's spot and did what he does best...Jump clear with his absolute top horse King Edward. Together with the clear round from Frank Schuttert and Lyonel D, the team was the only one to stay clear all weekend and like that... They were crowned 2021 GCL Champions.

The silver was for the Prague Lions. Both Jur Vrieling and Niels Bruynseels were able to stay clear on both the first and second round, but the time limit appeared to be just a tiny bit too short for them. Bruynseels en Delux van T&L noted one time fault on the first they, but were able to stay clear tonight. Vrieling and Long John Silver, on the other hand, noted one time fault today as well. With that, they ended in second place.

The excellent performance of Valkenswaard United, which included Gilles Thomas, resulted in a winning total of 309 points! Edwina Tops-Alexander, Peder Fredricson, Marcus Ehning, Alberto Zorzi, Betram Allen and Gilles Thomas can now call themselves winners of the 2021 Global Champions League! Shanghai Swans finished second in the final standings with a total of 296 points. The Paris Panthers completed the podium with 276 points. 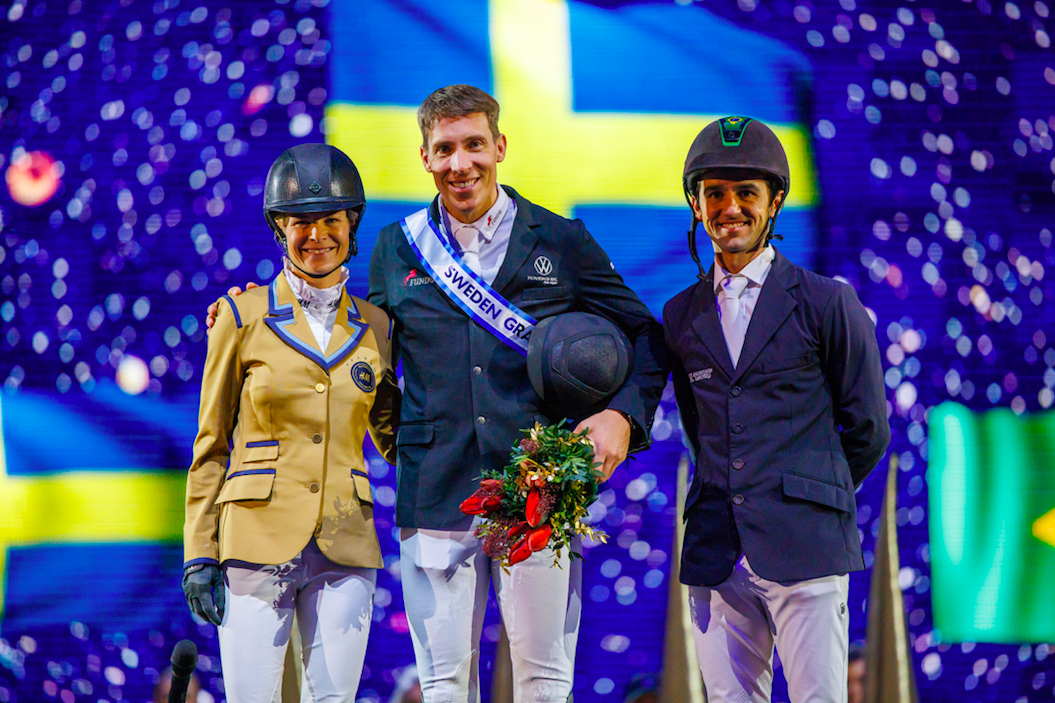