Tiger Lily of Jessica Springsteen is without doubt one of the best sports mares of the moment. The chestnut Balou du Rouet daughter jumps from one classification to another with her American rider. But how did Tiger Lily reach the top? A portrait!

The Oldenburger mare was born in 2007 with breeder Manuela Lachnit (Germany). The mare competes in several national classes for young horses in Germany before appearing on the international stage in August 2013.

The Italian rider Paolo Adama Zuvadelli rides her in a class for 6-year-old horses during the competition in San Giovanni Marignano. Tiger Lily immediately makes an impression there and jumps to a ninth, a first and a fifth place. Her second international show will Tiger Lily jump in Italy as well. In Truccazzano she achieved no less than two victories and a second place in the classes for 6-year old horses in December.

Still with Zuvadelli in the saddle, the mare jumps from one victory to another in 2014. The duo won several times in San Giovanni Marignano (February), Gorla Minore (March) and Lanaken (September). The mare would only end outside the top ten once that year.

The international career of the mare can really start in 2015, and another change of rider took place. Massimo Grossato, also an Italian rider, takes over the reins. He immediately starts the mare at CSI3 * level during the Vermezzo competition and immediately jumps to a seventh place in the 1m35. He can maintain that good form during the CSI3 * competition of San Giovani in Marignano where he jumps to eighth place in the 1m40. In June this combination wins the 1m35 in the CSI2 * of San Remo and during that same competition they end on third place in the Grand Prix.

In that same year they also go to the CSIO3 * Nations Cup in Budapest where they reach sixth place. Other highlights that year include fifth place in the CSI2 * Grand Prix of Humlikon, victory in the CSI2 * Grand Prix of Giubiasco and eighth place in the CS2 * Grand Prix of Cagnes-Sur-Mer. Jessica Springsteen buys the mare at the end of 2015. Later she will state: "Jan and Edwina (Tops) went to see this horse and I actually had no intention to accompany them. Yet I changed my mind at the last moment and I have never regretted it. It was really love at first sight".

In 2016, the mare will briefly disappear from the European stage. At the time, she was introduced in Wellington by Jessica Springsteen herself during several competitions. In Bonheiden the mare then returns to Europe, again with another Italian rider in the saddle. In the same year Robert Previtali rides several CSI2 * competitions on the back of the chestnut mare with a fourth place in the CSI2 * 1m40 of Riesenbeck as the highlight.

In 2017 the mare starts competing again with Jessica Springsteen. During the WEF in Wellington, the duo impresses in the CSI5 * competition where they immediately jump to victory. They will return to Europe in June, where they will start at the CSI3 * competition in Bonheiden. They start here during several 1m40 classes and immediately jump to ninth and seventh place. In the summer of 2018, the duo will also visit Knokke, Samorin, Valence, Brussels and Vilamoura. They make their European CSI5 * debut at the Paris Jumping, after which they again jump a five-star competition in Geneva. 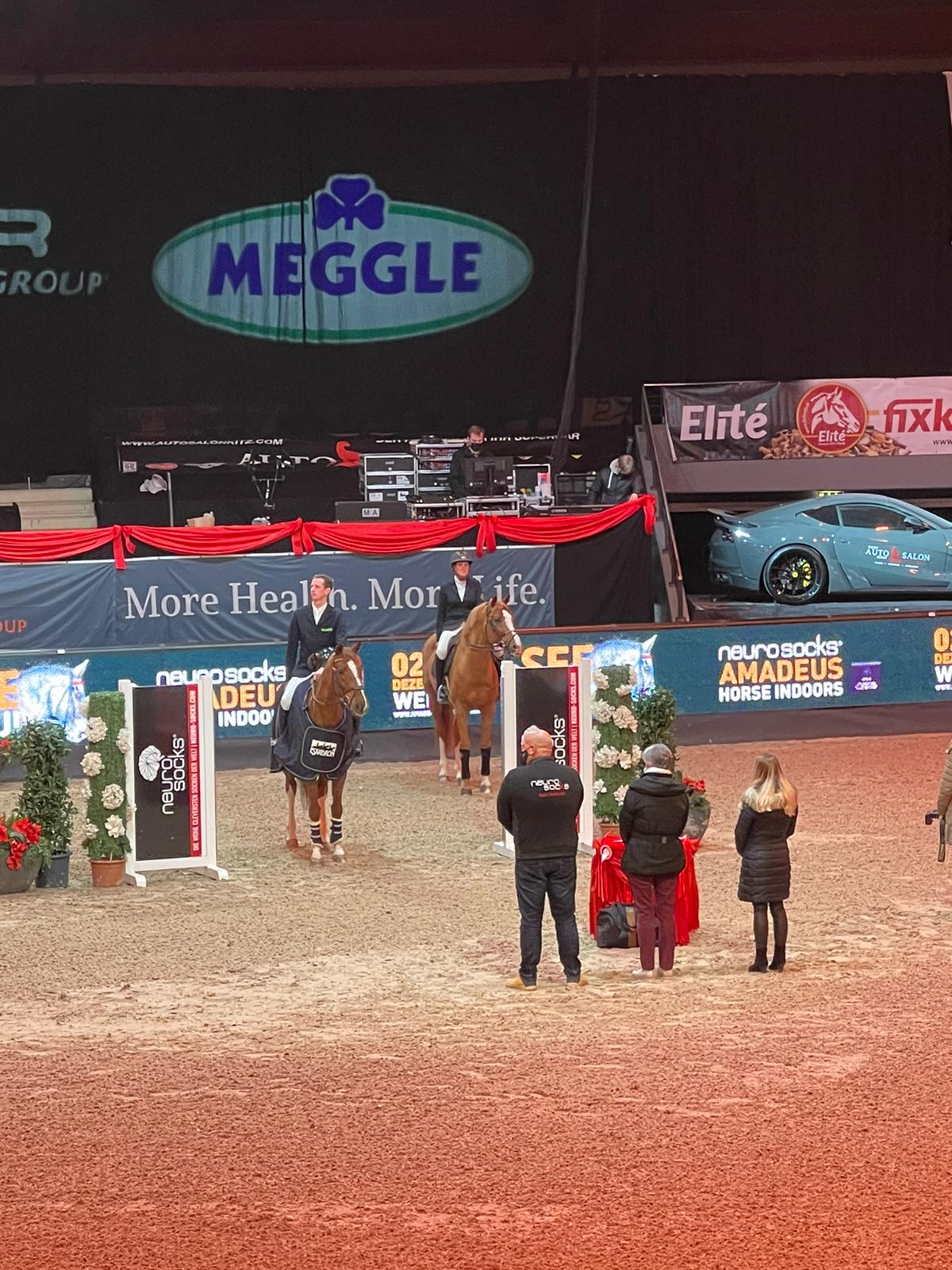 Good day at the office for Toni Hassmann in Goch yesterday