The prize podium once again filled up with new rising stars on young extremely talented horses. The future of dressage looks bright as both riders and horses are very gifted for the sport of dressage. Gold to British rider Charlotte Fry, silver to home rider Cathrine Laudrup-Dufour and bronze yet again to Dinja van Liere from the Netherlands.

Dressage supernovas danced under the full moon in floodlight in the Blue Hors FEI World Dressage Grand Prix Freestyle Championship Wednesday evening. A clear sky and a warm summer breeze filled Stutteri Ask Stadium with expectations right from the start. Close to 10,000 spectators listened and watched fifteen combinations do a dressage dance to tunes of their own choosing. And the crowd was on fire right from the start, their support would lift up a number of combinations but also prove to be too much of a challenge for a chosen few.

Many riders performed at their very best level during the last class in dressage of ECCO FEI World Championship in Herning. In total 13 out of 15 combinations scored over 80 percent and that speaks volumes about the quality of the whole class.

Adrienne Lyle and stallion Salvino looked sharper and sharper day by day and really rocked the Stutteri Ask Stadium enjoying the interaction with the crowd. Gareth Hughes made his best ride to date with Classic Briolinca and finished 5th in the freestyle, his best placing as an individual.

Benjamin Werndl has gained a lot of praise for his smooth harmonious riding and even if he ended up in what some refers to as the worst placing, being number 4, he and Famoso have enjoyed their first taste of senior championships and will aim for more.

Gold medallist Charlotte Fry and Glamourdale rode to a very crowd-pleasing potpourri of pop songs, rocking every step down the centre line. The black stallion has a canter with immense lift and airtime, showing off in extensions and tempi changes as well as piaffe and passage and trot extension – the list of quality movement never end. The judged rewarded their ride with 90.654 percent.

Dinja van Liere and Hermés were performing to the cheer of the crowd and the stallion was coping like a really experienced dressage horse showing of his talent and quality gaits. When reaching the finishing line, Dinja threw her fist in the air; We really did it. With 86,90 percent it was enough for yet another bronze medal.

Last to go was Cathrine Laudrup-Dufour and her lovely pocket rocket Vamos Amigos. They rode their floorplan with really high difficulty to the theme from Les Misérables and showed their fluency, softness and perfect collection in movement by movement. The audience followed her last lines with rhythmic applause and if there had been a roof on the Stutteri Ask Stadium by her graceful last halt – it would have blown right off. A good ride, nearly perfect, 89.411 percent and a silver medal to bring home.

A supernova has risen in the sky in Herning, her name is Charlotte Fry and her steed is a black stallion named Glamourdale. 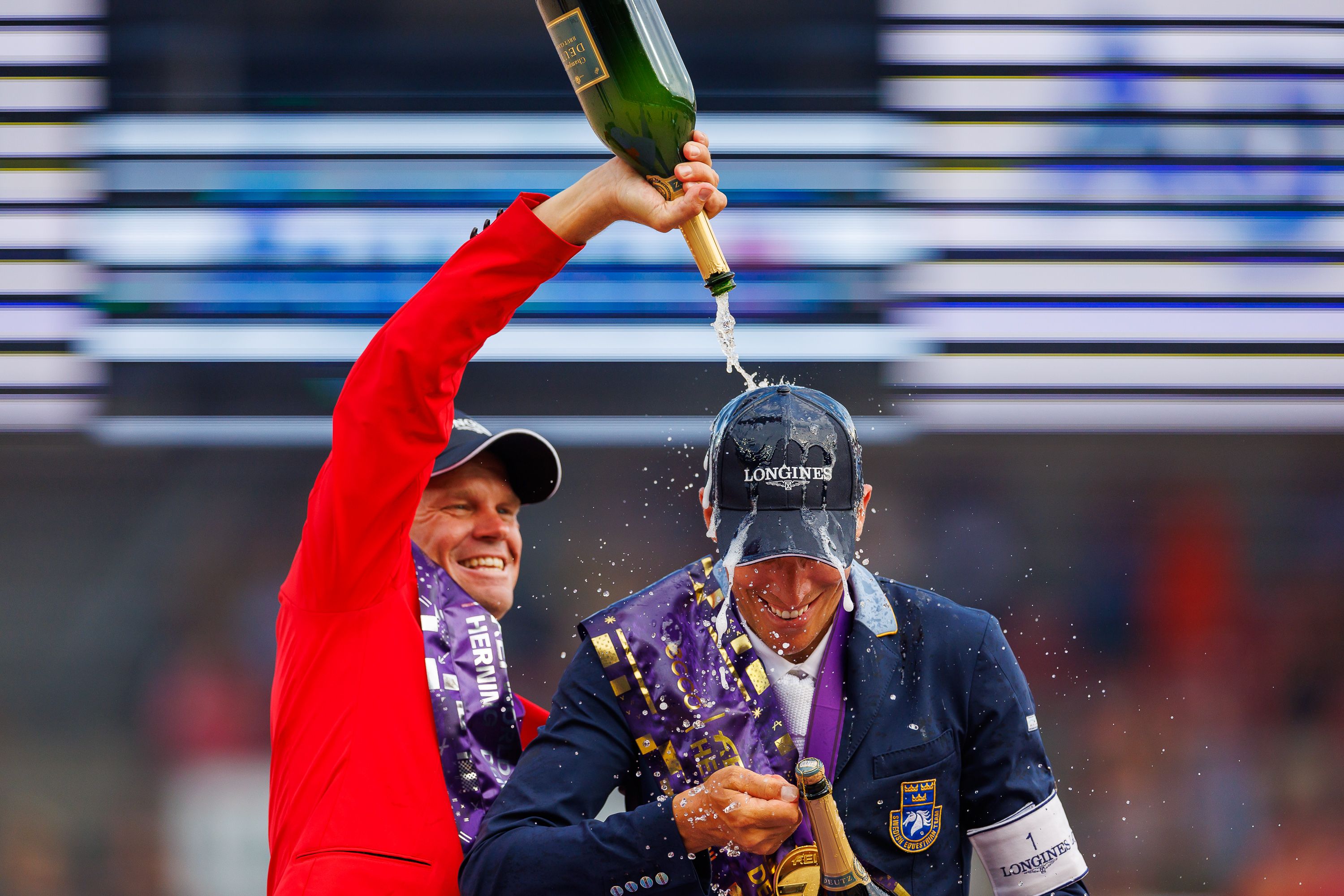 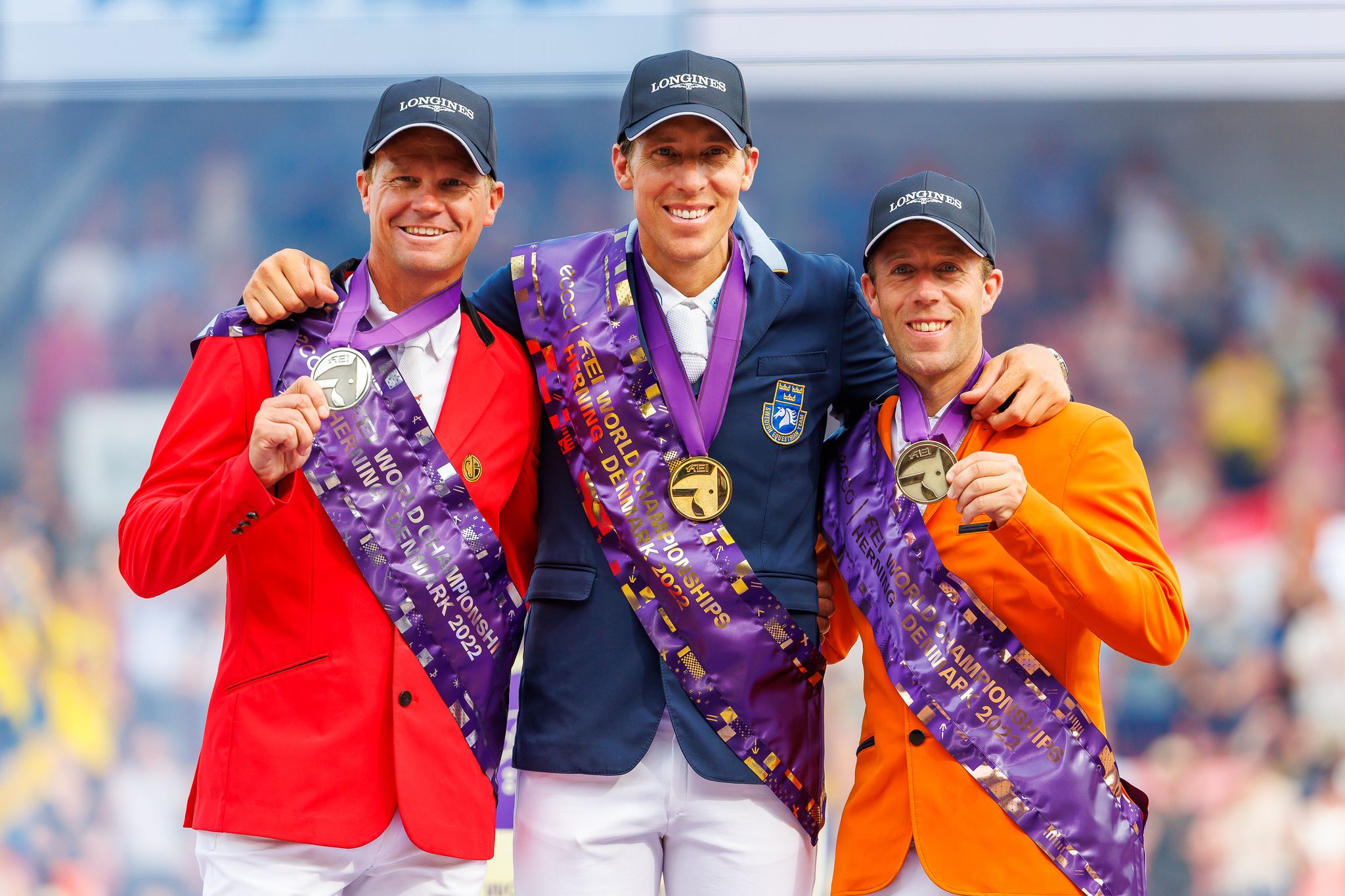