Everything was still possible in the second round of the individual finals at the World Equestrian Games in Herning. The top twelve returned and in the end the cards were shifted. Although the undisputed new World Champion is Sweden's Henrik von Eckermann aboard his Belgian bred,  King Edward! The pair secured a clear finish. On stage Belgium's Jérome Guery followed with his magestic Quel Homme de Hus while Maikel van der Vleuten and Beauville Z jumped up the ranks to the bronze medal!

"This is just unbelievable," reacts von Eckermann after his victory. "I owe Kind Edward for the rest of my life. Without this amazing horse it wouldn't have been possible to win this title."

"I had the advance I started as last. This means I knew exactly what I had to do. I just tried to keep my calm and focus on the job, King Edward did the rest delivering me this amazing performance" Henrik von Eckermann concludes emotionally.

The final Five shifted the cards

First in this second round was Marcus Ehning and his trusted Stargold. The pair set pressure with a clear round. Although there were a lot of clear combinations in the first round of this final, course designer Louis Koninckx designed a challenging second round. Not many combinations managed to keep it clear.

Second clear in this second round was Dutch Maikel van der Vleuten and his trusted Beauville Z NOP (Bustique). It was until Jens Fredricson and Markan Cosmopolit (Cohiba) finished with 12 points, Van der Vleuten secured his bronze medal.

Jérome Guery earlier put the pressure on, Fredricson, by managing a clear round. For the Belgian showjumper and his approved stallion, Quel Homme de Hus the past four days resulted in only one time penalty. Final rider at the start, Henrik von Eckermann and his King Edward knew what to do. Limit the points to a total of 2 time penalties. However it didn't come that far, as the pair continued their form and  added another clear round, jumping to the title. 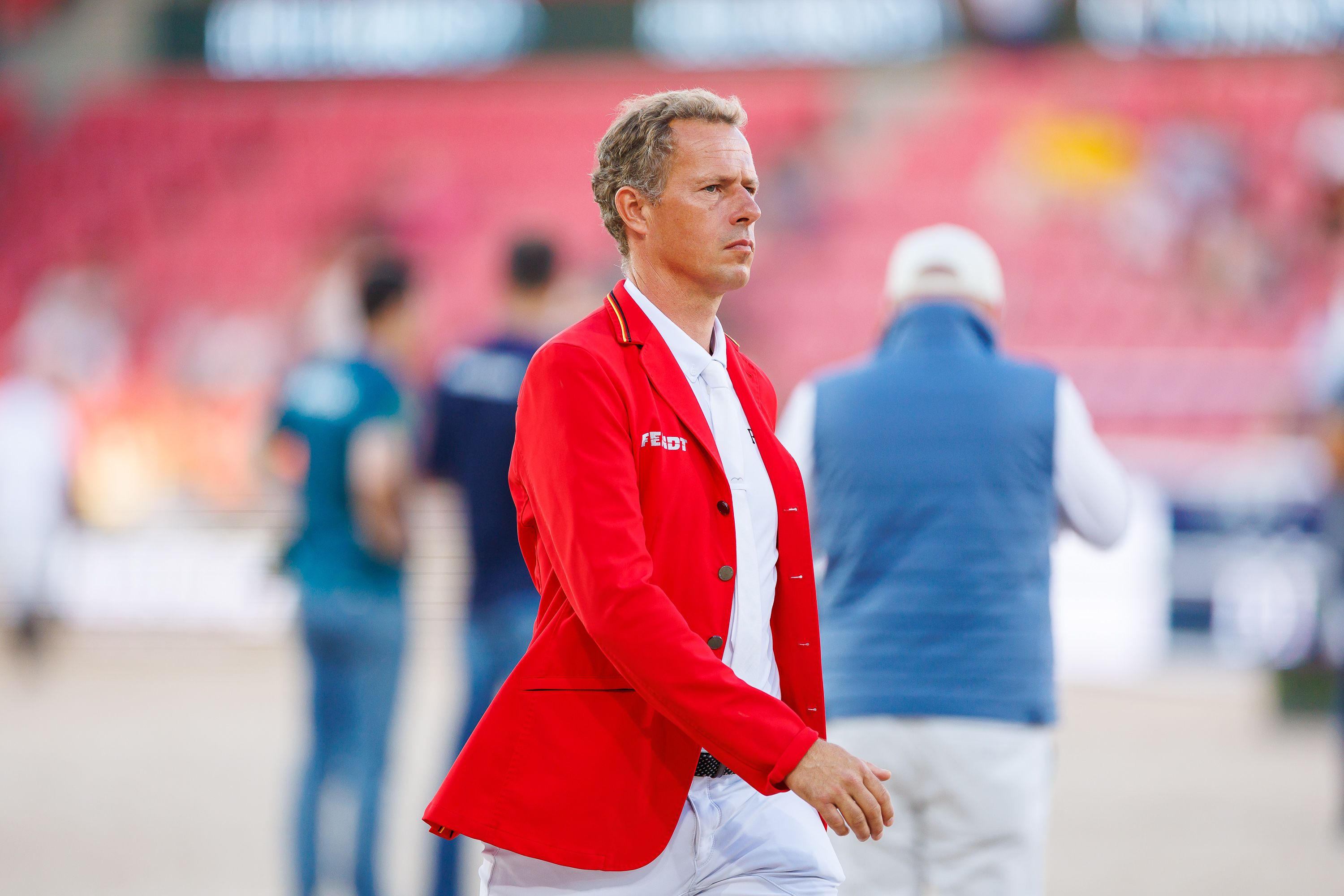 No World Championships Finals for Ahlmann and Dominator 2000 Z

The top 3 remains unchanged for Grade III at WEG