Now a multi-week horse show held annually in March and April, the Pin Oak Charity Horse Show has the distinction of becoming the first donor to Texas Children’s Hospital in 1947, providing the seed money to begin planning and building the world’s first pediatric hospital.

In the decades since then, the Pin Oak Charity Horse Show has contributed nearly $7 million to the hospital, in addition to making gifts to the Ronald McDonald House Family Rooms and the Candlelighters Childhood Cancer Alliance.

This year’s check presentation to Texas Children’s Hospital was made possible thanks to generous sponsorship support of the 2022 Pin Oak Charity Horse Show. 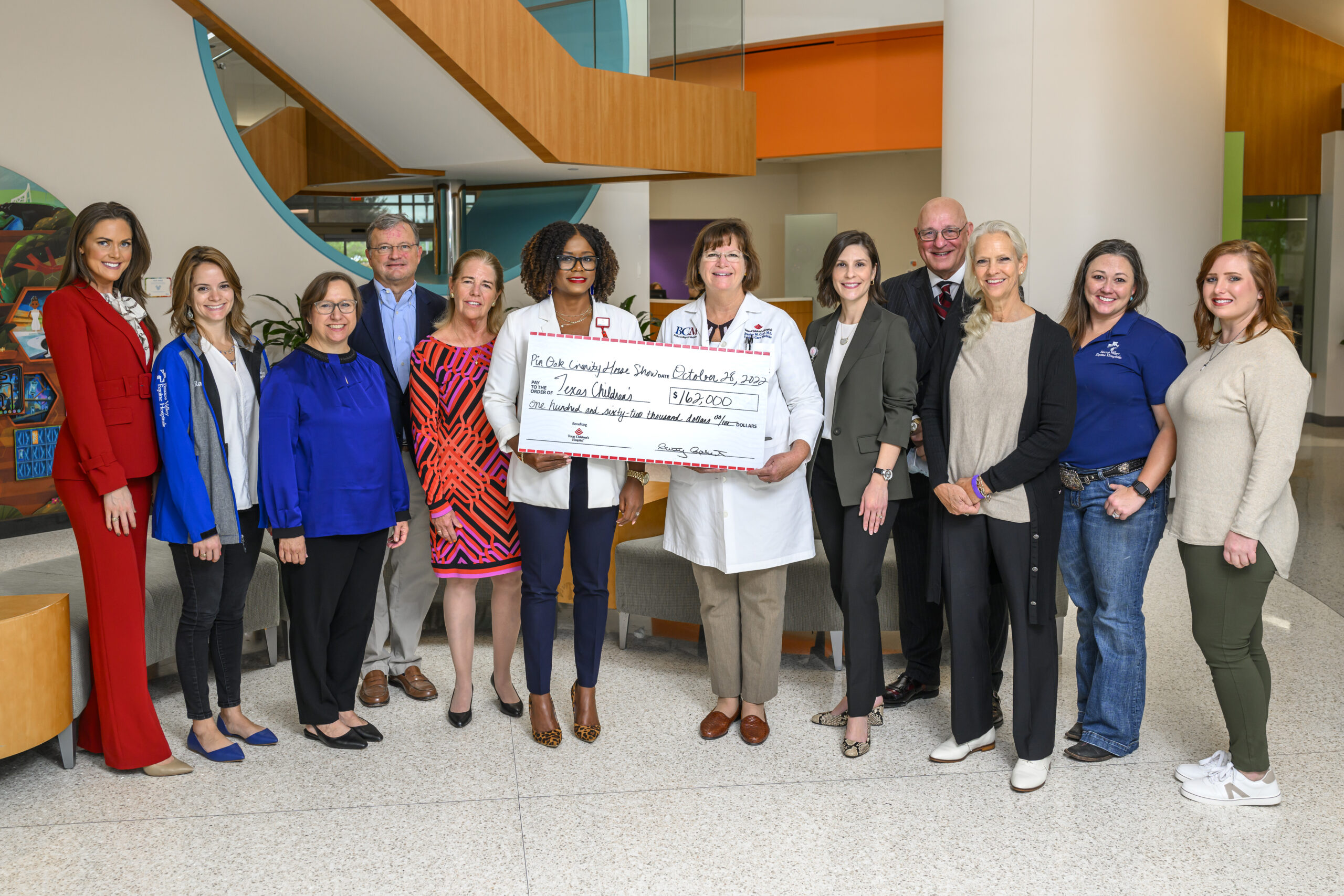 "I have been affiliated with the Pin Oak Charity Horse Show for almost 30 years,“ said Lynn Walsh, past Pin Oak Charity Horse Show president and current chair of the Pin Oak host committee. "This USEF Heritage designated horse show is one of the oldest in the country, with the show's initial donation used to build Texas Children’s Hospital in the 1940s. Their motto then and now is, 'Let no child be left behind!' I am incredibly proud of the commitment of the Pin Oak equestrian community to help sick children by supporting Pin Oak!"

The labs are dedicated to providing the highest level of cardiovascular care to Texas Children’s patients, offering comprehensive exercise testing to patients who have, or who are suspected to have, cardiovascular, pulmonary, metabolic or other forms of congenital or acquired pediatric disease to predict how their heart and lungs respond to exercise or other physical activities.