An excellent weekend for Irish Dressage has continued this morning (Sunday), with Judy Reynolds and the Joe and Kathleen Reynolds-owned Vancouver K taking third place on the podium in the Grand Prix Special at the four-star fixture at Fritzens-Schindlhof in Austria, while her Irish team mate Anna Merveldt and Esporim finished in an impressive eighth place.

Reynolds and Merveldt had finished in third and ninth places respectively in Friday’s Grand Prix at the stunning Austrian venue set among the Alps and they carried their excellent form into today’s Grand Prix Special. A score of 73.511% saw Reynolds take her second podium finish in the space of 48 hours. Merveldt and Esporim also broke the 70% barrier for the first time since their first outing international together back in March. A score of 70.255% saw them comfortably finish inside the top 10, taking eighth place at the finish. 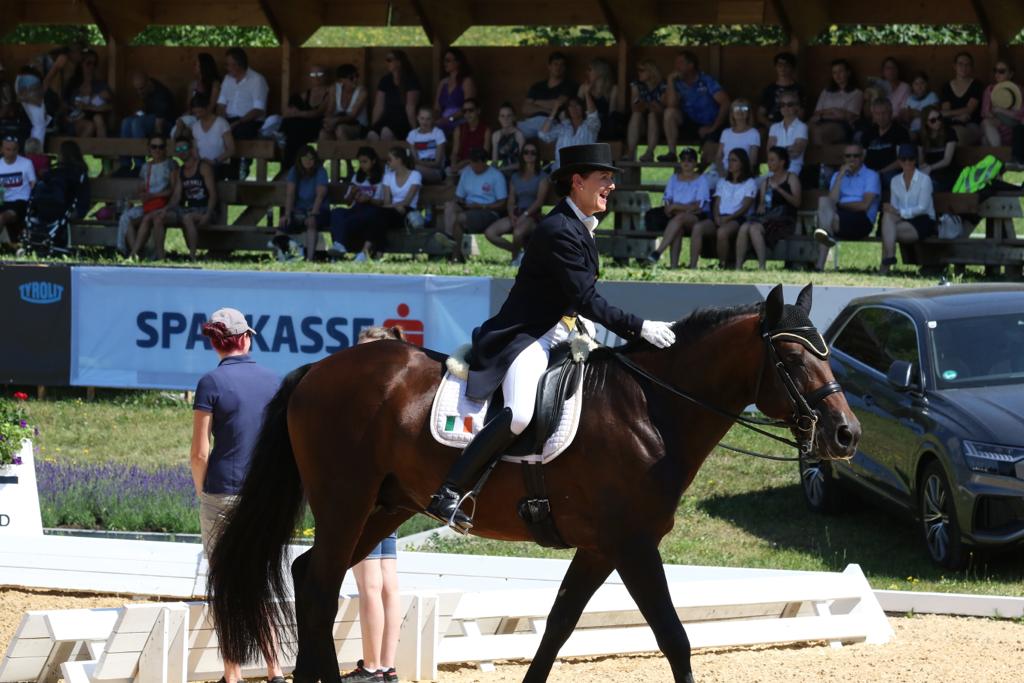 Anna Merveldt and Esporim  (Photo: Joe Reynolds)Germany’s World No.1 Isabel Werth continued her relentless run of victories, taking the top prize with Bella Rose 2 on a score of 81.511%, while Lisa Müller (GER) finished as runner-up with Gut Wettlkam’s Stand (77.106%).The result in Austria is a huge boost for Ireland heading into an important phase of the season. Judy Reynolds, Anna Merveldt along with Heike Holstein, will represent Ireland as a team in the FEI Dressage Nations Cup in Aachen, Germany in July. Ireland also has six combinations who have achieved the minimum entry requirements for the 2019 FEI European Championships which is a key fixture on the qualification journey to the Tokyo 2020 Olympics.

Jür Vrieling: "The only positive thing about all this is that it reunites people"

Leanjo de Koster: "The only thing I can do right now is wait and see what happens"