He was the first CSI 5* (International Jumping Competition) organizer to cancel an event, the Longines Masters of Hong Kong and Asia Horse Week, originally scheduled for February 13-16. Recognized as a visionary by his peers, Christophe Ameeuw has been able to take advantage of this "head start" ahead of the world of sport to enrich his thinking and begin to consider the "new world".

You were the first CSI 5* organizer, and one of the first organizers of a globally significant sporting event to make the difficult decision to cancel your competition, the Longines Masters of Hong Kong, as well as Asia Horse Week. You probably would have done it anyway, but again, you made the call early. More than a month and a half after this decision, what lessons have you learned from this crisis, given that you have been living alongside COVID-19 since its outbreak in China last December?

CHRISTOPHE AMEEUW: A few days ago, I found a message that EEM's Asian office sent me on January 5th, reporting that fifty patients in the Chinese province of Wuhan were in a worrying state of health. Its mid-March, a few weeks later, and we are in a chaotic world crisis, from which the world will undoubtedly emerge changed: nothing will ever be the same again, this crisis will push us all to question ourselves. The first lesson learnt from this crisis, therefore, is that of the fragility of the equestrian and sports’ event model. We, as organizers of top- notch competitions, believed that nothing could happen to us, nothing could stop us. And yet... Nothing can ever be taken for granted, and this crisis leads us to the conclusion that the event system, and more generally the globalized world system, are systems that had us living to excess, making them very fragile. The second lesson is that of humility. COVID-19 has sent us all back to square one, and is a warning to us all that the world is going to change: it is up to us to make a place for ourselves in this new world to come, because the world will no longer want our old models. The third lesson that I have learnt from the double cancellation of our events and from what the world is currently experiencing, is that of the lengths that need to be taken. In Mandarin, the sign "crisis" also means opportunity. It’s either now or never that we question this artificial bubble that the world has built, including in our field, and in which we all lived; we must take advantage of this crisis to reinvent ourselves, to reorganize, to structure ourselves in order to find a far more solid model, which will immediately find its place in this new world. It's necessary, essential. The horse world was also in overdrive, with countless events and trips, and institutions seemed regularly overwhelmed. Now, we must look to the future, leaving behind everything that wasn’t necessary and develop everything that will pull us forwards, in line with the signals that this crisis is sending us. In the specific case of the Longines Masters of Hong Kong and Asia Horse Week, the decision was particularly hard to make. It was up to the organizer, i.e. EEM, since the institutions imposed new constraints every day, but did not prohibit us from going ahead with the events. With three weeks to go before the competition, when all the equipment was already at sea, as nothing can be stored, for lack of space, in Hong Kong, even this cancellation was a challenge, which we won, thanks to the healthy and long-lasting relationships we have built with our partners, both private and institutional, all of whom have given us support and recognition for the actions we have taken. The Longines Masters of Hong Kong and Asia Horse Week are very important events in this part of the world. They are held in a city where we are welcome, where we are even expected, along with two other major events, the World Rugby Sevens and Art Basel. When I took the decision to cancel the Longines Masters of Hong Kong and Asia Horse Week, I consulted the organizers of these two events to get their opinion. Equestrian events must not remain compartmentalized and must inevitably widen their horizons, especially to benefit from real negotiation levers: unity is strength.

Like others, you speak of a new world that will emerge from this global crisis. For the equestrian world, what lessons must absolutely be retained from those given to us by the current crisis?
C. A.: In recent years, the equestrian community has had only one concept on its mind: the welfare of the horses. It’s a fundamental notion in our sport and there is no way that can be questioned. Huge advances have been made in this area, which have given credibility and respectability to our sport. And yet, this notion of welfare will henceforth be at the top of the agenda, along with other objectives that the global crisis we are facing is pushing us to take more into account. This crisis is one of over-globalization, over-consumption, a non-existent and unrealistic economic bubble, disrespect for nature, the environment and the planet. The senselessness of many of our actions, and our contempt for future generations. I repeat: we have to reinvent everything, finding a place for our sport in this new world. We have to be aware that this new world will probably no longer tolerate our garden parties, our trucks that could carry houses but only carry three horses, our overdeveloped ultra-ephemeral structures that are only there for three or four days of competition.

Although you were under no obligation to do so, you have just announced the cancellation of the Longines Masters of Lausanne. What were your reasons for doing this?
C. A.: For two reasons. The first is the date, June 18 to 21. So far, no one knows if we will be out of this crisis, if we will be able to welcome horses and the public, and to deliver the event. My thoughts are: "Maybe it's possible...but maybe it's not”. The second, more important, reason, is the dialogue we are having with our suppliers and partners, who, given the context, may be reluctant or even unable to operate due to containment and/or due to the economy being at a standstill. After the cancellation of the Longines Masters of Hong Kong and Asia Horse Week, we have proceeded cautiously with the organization of the Longines Masters of Lausanne, with the passion that characterizes the team surrounding me. Despite this, wisdom dictates that we should forego the Swiss leg of our series this year. This is a difficult and strange period: it is up to us, as players in the global equestrian sector, to learn the right lessons and start building our new world today. 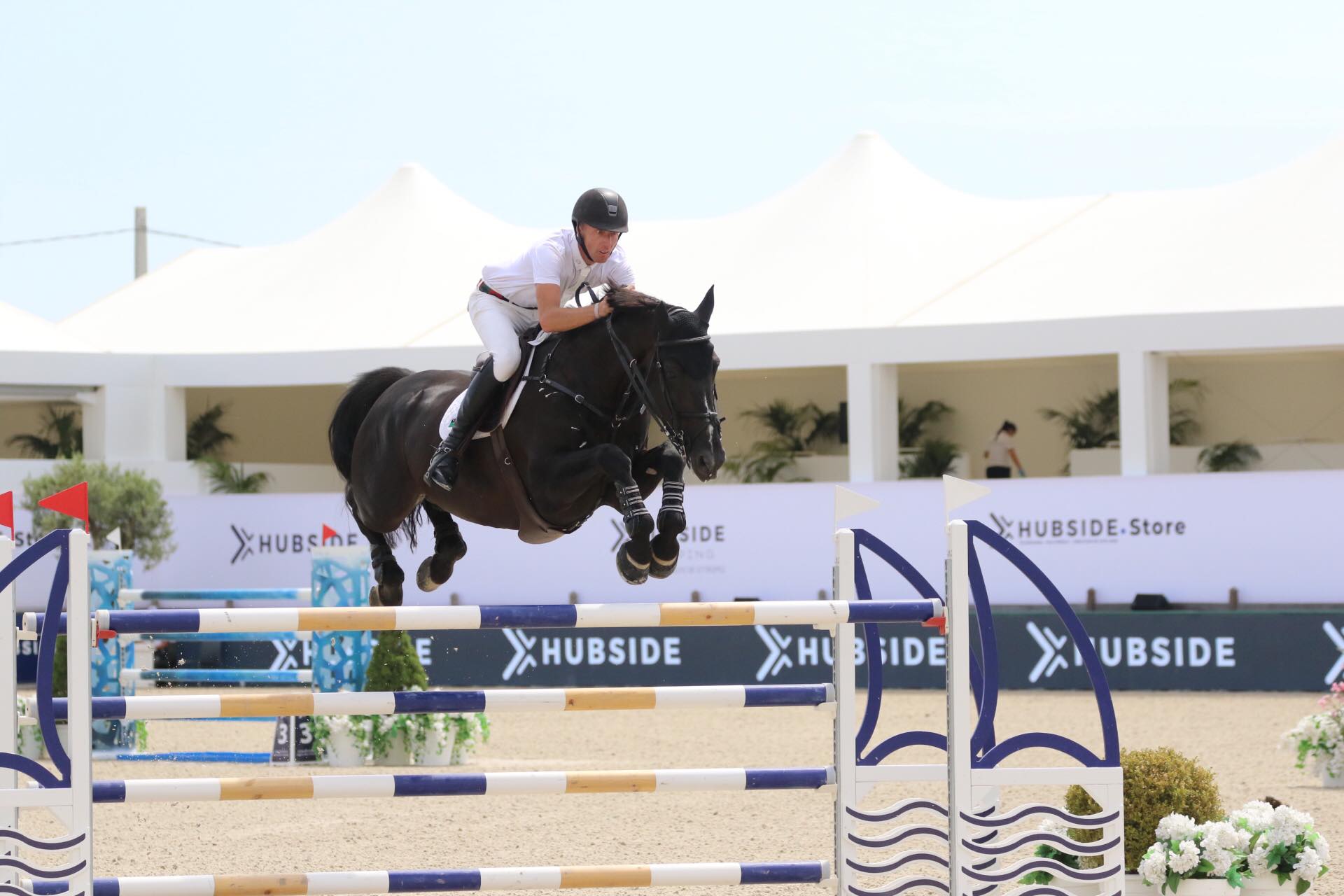 Jur Vrieling: "Horseriding is a disease (for life) without a cure..." 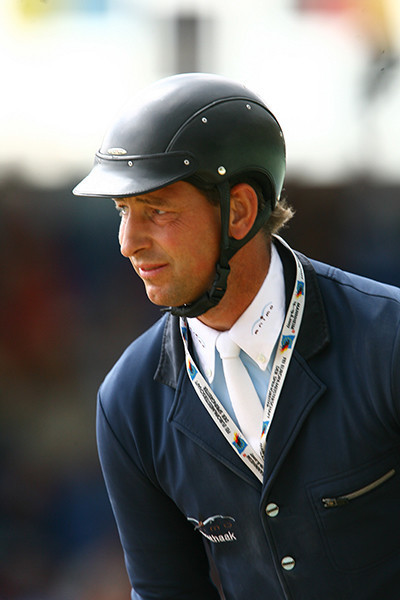 Franke Sloothaak: "Horses are better than us, they are generous teachers..." 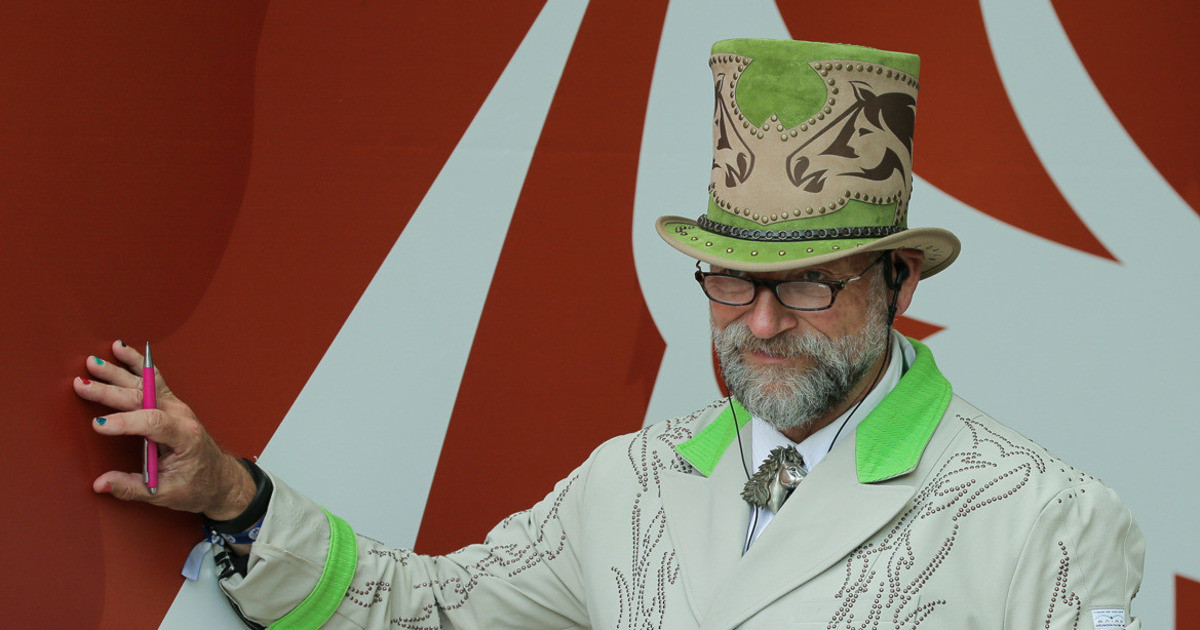 Pedro Cebulka: The King of the Ring