Despite the rainy conditions, guests soaked in the knowledge Lamaze shared during a guided course walk of Friday’s $210,000 Tourmaline Oil Cup in the International Ring. Lamaze explained the challenges that both horse and rider face when jumping a track of fences, measuring 1.60m in height, set by two-time Olympic course designer Leopoldo Palacios of Venezuela. Lamaze paid particular attention to the liverpool fence with a water tray set on the backside; the Beijing wall from the 2008 Olympic Games that played a pivotal role in his own gold medal victory; and the final Rolex vertical, which featured very light poles that could oh-so-easily be knocked from the shallow jump cups.

The fences will be even more intricate for Sunday’s $1.5 million CP International, presented by Rolex. The grand finale is part of the Rolex Grand Slam of Show Jumping which brings together three of the greatest events in the world – CHIO Aachen, CSIO Calgary and CHI Geneva, offering an unprecedented €1 million in bonus money to any rider who can win all three Grand Prix events in succession. Having won in Aachen in July, Christian Ahlmann of Germany is the current live contender in the Rolex Grand Slam of Show Jumping.

“When the Rolex Grand Slam was formed, with the bonus being offered, it changed our sport,” said Lamaze of Schomberg, ON. “A few years ago, if a Grand Prix was $200,000, it was a big deal to us. Now, this is the top of our sport, and I think any rider will tell you that it would mean a lot in their career to win the Rolex Grand Slam of Show Jumping.”

Based in Belgium and spending the winter season in Wellington, Florida, Spruce Meadows is currently the only Canadian venue where Lamaze competes. And with good reason; Lamaze is the all-time leading money winner at Spruce Meadows, having won more than $4.1 million to date. He’ll look to increase his lead even further throughout this week’s ‘Masters’ competition, where Rolex has been the official timekeeper since 1989.

“Spruce Meadows is unique,” said Lamaze. “They have never changed the tradition here. There is nothing else like it from the organizational side of it. The people around these grounds are so helpful and are so giving of their time to make Spruce Meadows what it is.

“This arena is magical on the weekend when there are 60,000 people here; as a rider it is such a special moment to hear the crowd cheer,” continued Lamaze, who won the 2007 and 2011 editions of the $1.5 million CP International, presented by Rolex, with the great Hickstead. “It is also a facility that is unique in the sense that a young rider can be doing a 1.20m class in another ring. They are not only competing during the ‘Masters’, but they also get to watch the best riders in the world. It brings a lot of people together and, in the end, everyone comes together to watch this incredible weekend unfold.” 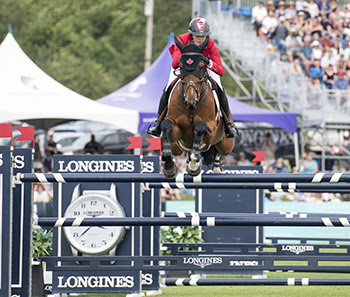 Canada's Jumping team might still go to the Olympics 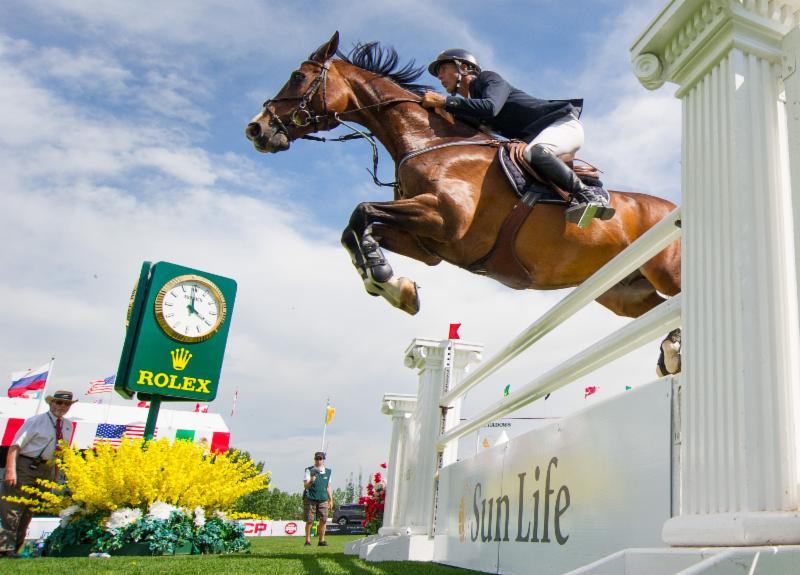 Top Honors Awarded to Hutchins in the ASPCA Maclay Regionals