Today’s 1.50m track, set by FEI designer Anthony D’ambrosia, challenged a total of fifty-three competitors. Fourteen pairs returned for the jump-off, while six completed the tracks double-clear. “It was a nice round. I thought it was a good number of people in the jump-off,” commented Daniel Bluman after his win. “Honestly, the most important thing is that the footing is amazing. We’re so happy to have nice footing, it’s pleasurable for the horses, safe for us, and honestly we’re just very grateful. It makes a huge difference. It makes the show a different quality and you can feel the excitement of everyone around.” Bluman revealed that he will be riding his 16-year-old mare, Sancha LS in the Saturday night Grand Prix.

Earlier this morning, Ashley Vogel of Mequon, WI and her entry, Thalie D’Anjou were named champion of the Equiline Medium Junior/Amateur Owner Jumper 1.30m class after a 32.667-second performance in the International Arena. Close behind at 33.637 seconds was Sophia Studd of Wellington, FL aboard her mount, Hera-V, while Kelsey Cruiciotti of Bluffdale, UT clinched third with Pony Lane Farm’s New Girl after a 33.762-second jump-off. 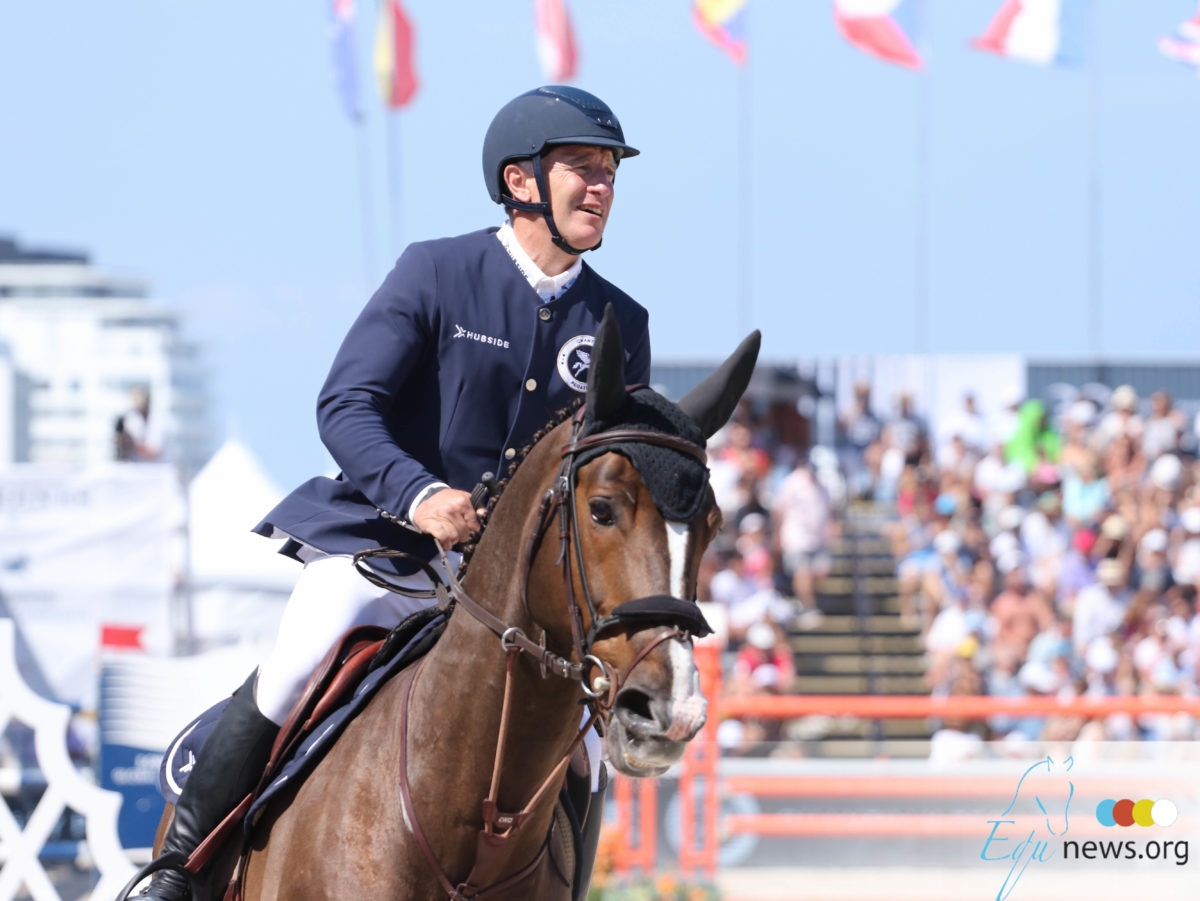 Luciana Diniz on top in Madrid