Ten horse and rider combinations of 38 initial starters reached the tiebreaking jump-off by riding fault-free over the first-round course designed by Alan Wade of Ireland, who served as course designer at the 2017 Longines FEI World Cup Finals and 2018 FEI World Equestrian Games.

Of those ten who advanced to the jump off, five managed to post double clear rounds, which made it a speed duel for the top position on the podium. Garza and his 10-year-old bay gelding, owned by Axel Verlooy Euro Horse Bvba, turned in a time of 41.33 seconds and then had to wait to see if his time would hold.

"I went into the jump-off knowing there were some really fast riders and horses behind me and I just wanted to go fast and play to the strengths of my horse," said Garza. "He is 10 years old but he is not that experienced because he was off for a couple months, but he is a really fast horse with a big stride across the ground."

Kelli Cruciotti (USA) and Serenity Farm's Chamonix H, a 17-year-old mare, were the next in the ring and tried their best to beat Garza, but were no match for the blazing round he had set down. their final time was 42.65 seconds, good enough for third place.

"A year ago she had her first class back after coming out of retirement and a year before that she was just recovering from colic surgery," said an emotional Cruciotti. "She is the best horse I will ever ride. I am very happy."

Going last in the jump-off, Peter Lutz (USA) had the opportunity to catch Garza with Robin de Ponthual, a 13-year-old gelding owned by Katherine Gallagher and M. Michael Meller, and he almost did, but the timers read 41.49 seconds as he crossed through, putting him in second place.

"I had a plan and I stuck with it," said Lutz. "We have had this horse for four years now and he is a great horse. I didn't watch Eugenio's ride, but I knew he was fast, and I tried to beat his time, but it just didn't happen today." 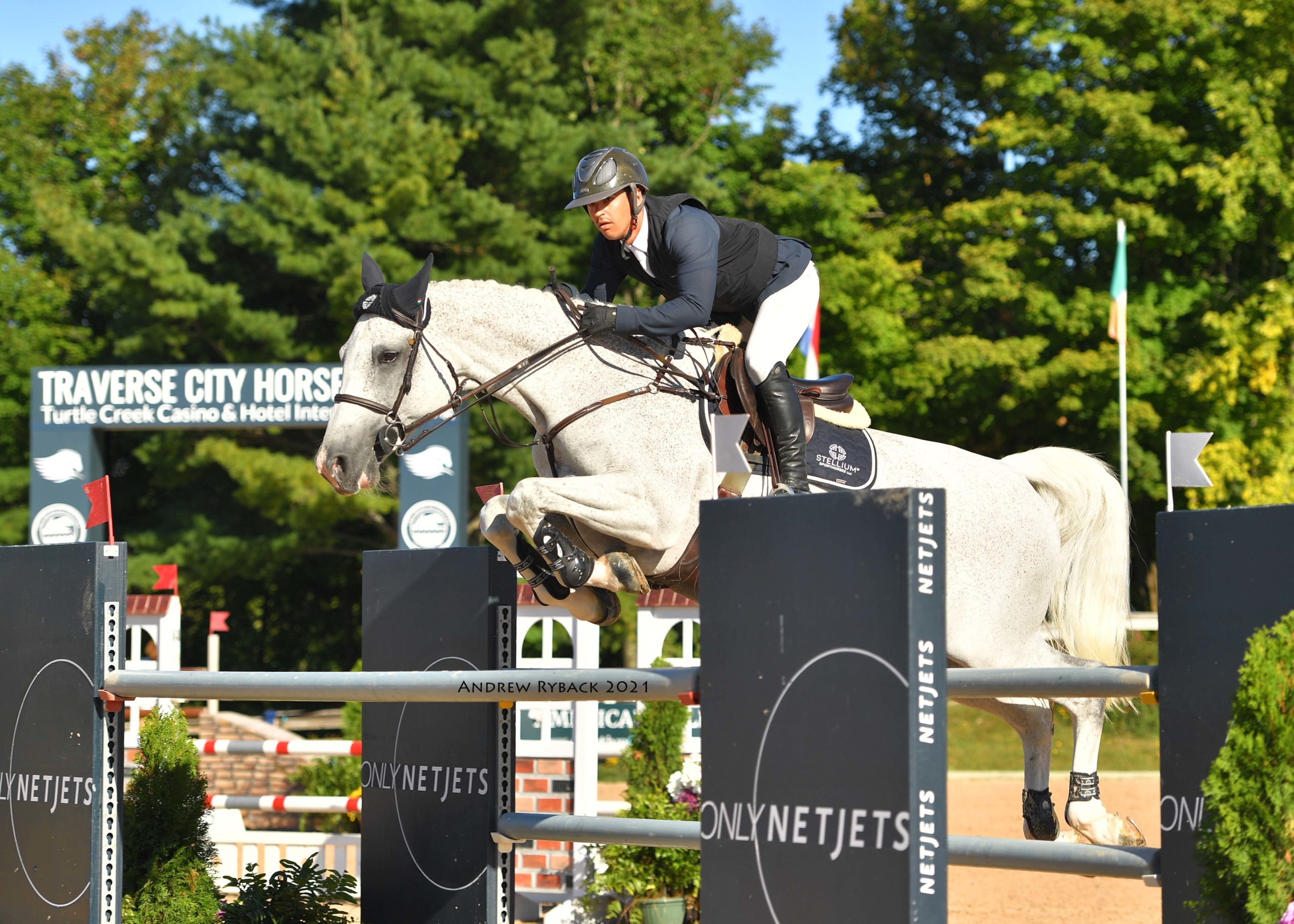 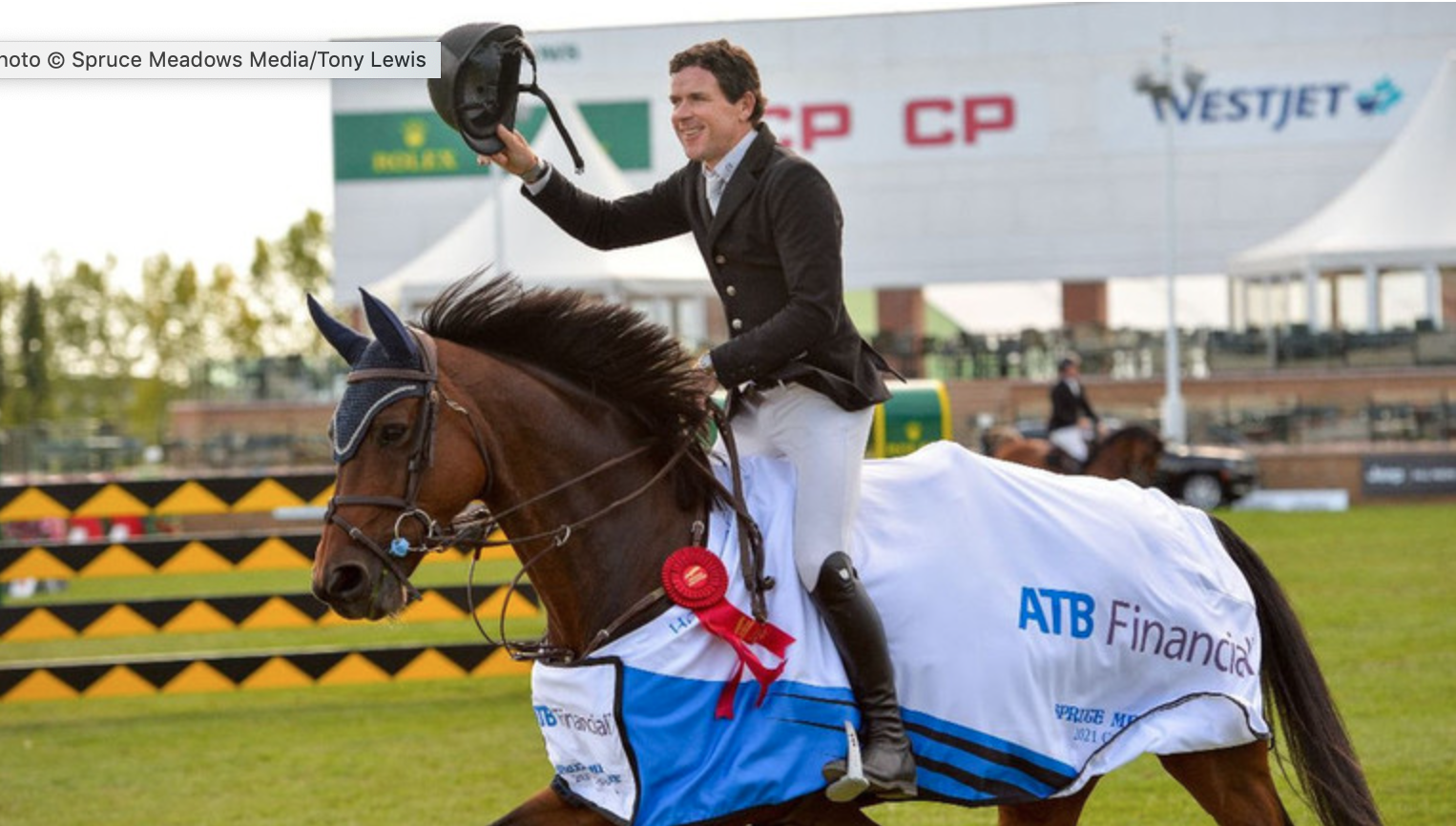 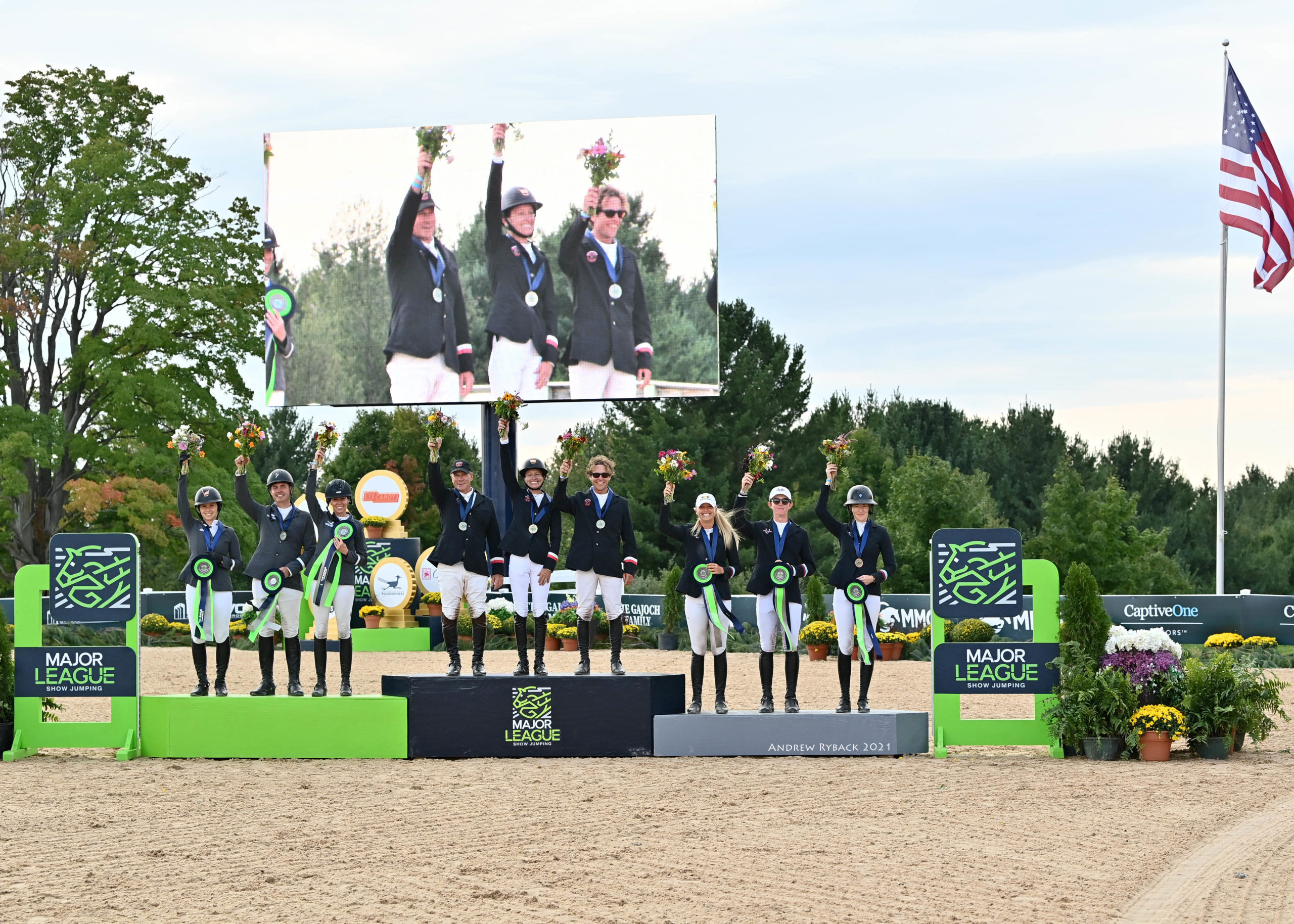 Weinberg: "We call ourselves the Never Give Up Team..."