Canadian dressage athletes danced into Ottawa for international-level competition on home soil during the CDI 3* Ottawa Dressage Festival, held May 18-21at Wesley Clover Parks in Ottawa, ON.

“I will always treasure the memory of the Freestyle with Rocky in Ottawa, where she received her first huge score, and the first ‘10’ from one of the international judges,” explained Boylen, who was also presented with the CDI Leading Athlete Award.

Boylen continued, “Rocky and I began our journey about a year ago. She is a very special horse – light on her feet, elegant, and quite sensitive. We are building our relationship quietly and steadily. The Florida competitions gave me the opportunity to identify the training issues in the ring, and we have been working hard to solve the problems as they arise. In Tryon I felt we had made some great progress, and now Ottawa has shown me that it wasn’t a fluke – we have cemented our progress.”

“I must thank all the wonderful people who have helped me reach this spot,” said Boylen. “Udo Lange, who is my eyes on the ground, my daughter, Billie, who has built a very special rapport with Rocky, my blacksmith, Luke, my vets, and the whole team that is involved in looking after a horse at this level. Thank you to Deer Ridge Equestrian in Loretto, ON for allowing me to train out of their top class facility. It is a pleasure every day! I also want to thank the organizers of the Ottawa Dressage Festival for a great job running this event.”

“I was very pleased with the Grand Prix test; it was the first time we were able to put it all together for a clean test, and happily, the judges were able to give us a good score,” explained Steacie, who is a member of the Equestrian Canada (EC) Dressage Committee, and has been involved in the equestrian community as a rider, trainer, and competitor for over 50 years. “I think we are on the right track now and will continue to improve. The Freestyle was fun. I have to do a little work on it. Now that the technical parts are coming together, we need to improve the degree of difficulty and choreography.”

Speaking to her partnership with Callahan, Steacie said, “I have had Callahan since he was five years old. I feel that we have developed a great partnership. He is not always an easy horse, but we have a lot of trust together now and it is great fun to ride him. So far, he continues to exceed my expectations for him, so we will hopefully continue to progress.”

Other Canadians with top placings in the big tour included Julia Peirce of Rigaud, QC, who rode her 13-year-old Lusitano gelding, Zimbro (Liso x Rico) to a score of 65.314% in the Grand Prix Special for second place, and Alexandra Dvorak from Hillsburgh, ON, who took second place in the Grand Prix Freestyle (67.875%) aboard Fling (Florestan I x Montmartre), a 17-year-old Westphalian gelding owned by her father and fellow competitor, Tom Dvorak.

Additional success stories in the small tour included Trussell, this time aboard Carlucci (Contendro I x Compliment), a 12-year-old Hanoverian gelding owned by Barbara Holden Sinclair. They started out with a win in the Prix St. Georges after scoring 71.667%, followed up by a second place finish in the Intermediate I with 70.307%.

Tom Dvorak of Hillsburgh, ON rounded out the top three in the Prix St. Georges, scoring 70.570% with Cyrus (Contucci x Cor Noir), an eight-year-old Oldenburg gelding owned by Carla Bahr. He was also third in the Intermediate I on a score of 69.167%. Tanya Strasser-Shostak of Ste-Adele, QC was the third-place finisher in the Intermediate I Freestyle riding Déjà Vu Tyme (Dauphin x Werbellin), a 10-year-old Hanoverian gelding owned by her mother, Evi Strasser, and Erika Murphy.

Canada’s up-and-coming dressage athletes also made their mark at the Ottawa Dressage Festival. Vanessa Creech-Terauds of Caistor Centre, ON, who was a double silver medalist at the 2016 FEI North American Junior and Young Rider Championships (NAJYRC), won the CDI-U25 Grand Prix on May 20 on a score of 67.132% with Devon L (De Niro x Wolkenstein II), a 17-year-old Hanoverian gelding owned by her mother, Diane Creech, and Louise Leatherdale. She was also third in the Young Rider Freestyle (69.542%) on May 21, this time aboard Rob Roy (Rubin Royal x Glorieux), a 13-year-old Hanoverian gelding also owned by Creech and Leatherdale.

In the Young Rider division, Alexandra Meghji of Toronto, ON - a Team Silver Medalist from NAJYRC 2016 - picked up two wins in as many days, topping the Young Rider Individual with 69.123% and the Young Rider Freestyle with 73.958% aboard Rigo (Rotspon x Weltmeyer), a 16-year-old Hanoverian gelding owned by Diana Belevsky.

Yanina Woywitka of Merrickville, ON was also a common sight on the leaderboard after competing with two partners. Riding R’Myattack (Rheirattack x Wanderbursh II), a 10-year-old Oldenburg gelding owned by Susanne Dutt-Roth, Woywitka won the Young Rider Team on May 19 with 68.333%, then earned second in both the Young Rider Individual (68.684%) and Young Rider Freestyle (71.542%) on May 20 and 21, respectively.

Sophie Dean-Potter of Caledon, ON filled the remaining spot in the top-three on the leaderboard after taking third place in the Young Rider Team on a score of 66.754% with Wendy Dice (Redford x Welt Hit II), a 14-year-old Dutch Warmblood mare owned by Helena Dean.

The Junior division saw Ava MacCoubrey of Cobourg, ON earn a hat trick with Ritter Benno (Rolls Royce x Weinberg), a 16-year-old Westphalian gelding owned by Nicholas Hansen. Under the guidance of her coach, Jacqueline Brooks, MacCoubrey started with a 70.000% in the Junior Team on May 19, and then moved on the following day to receive 70.307% in the Junior Individual. She capped off the weekend with a score of 72.667% in the Junior Freestyle on May 21. 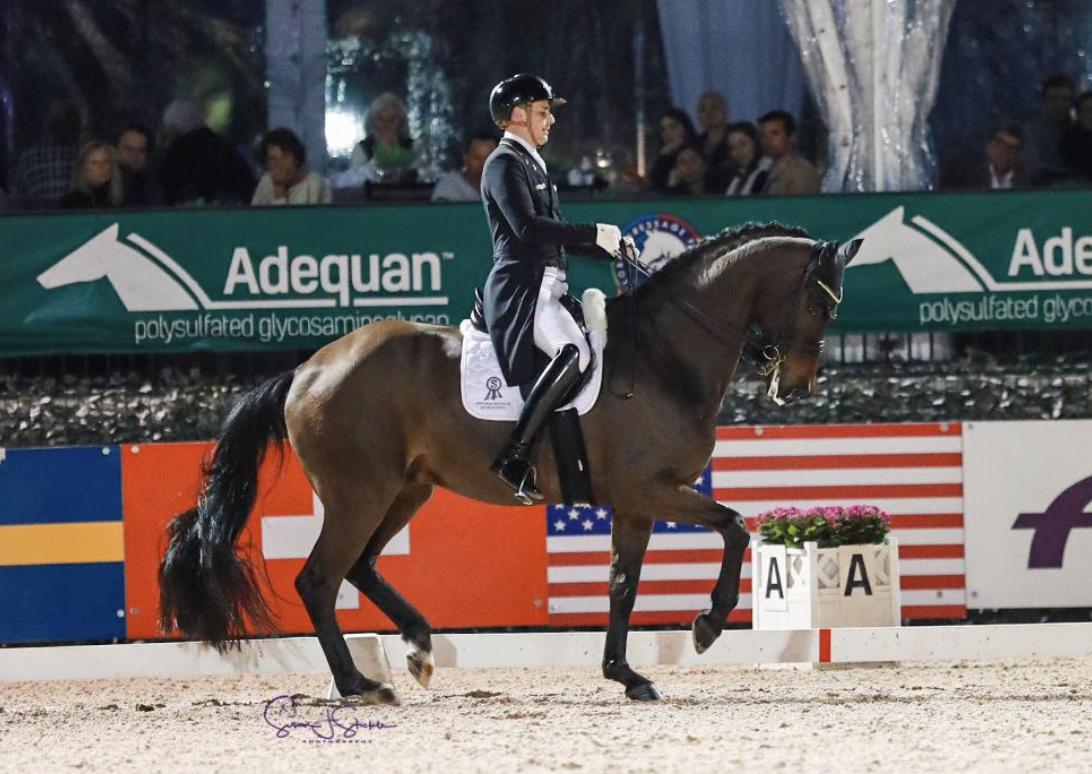 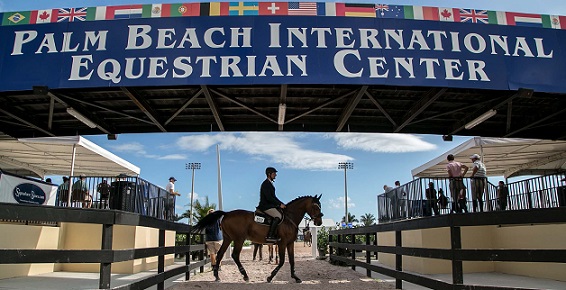 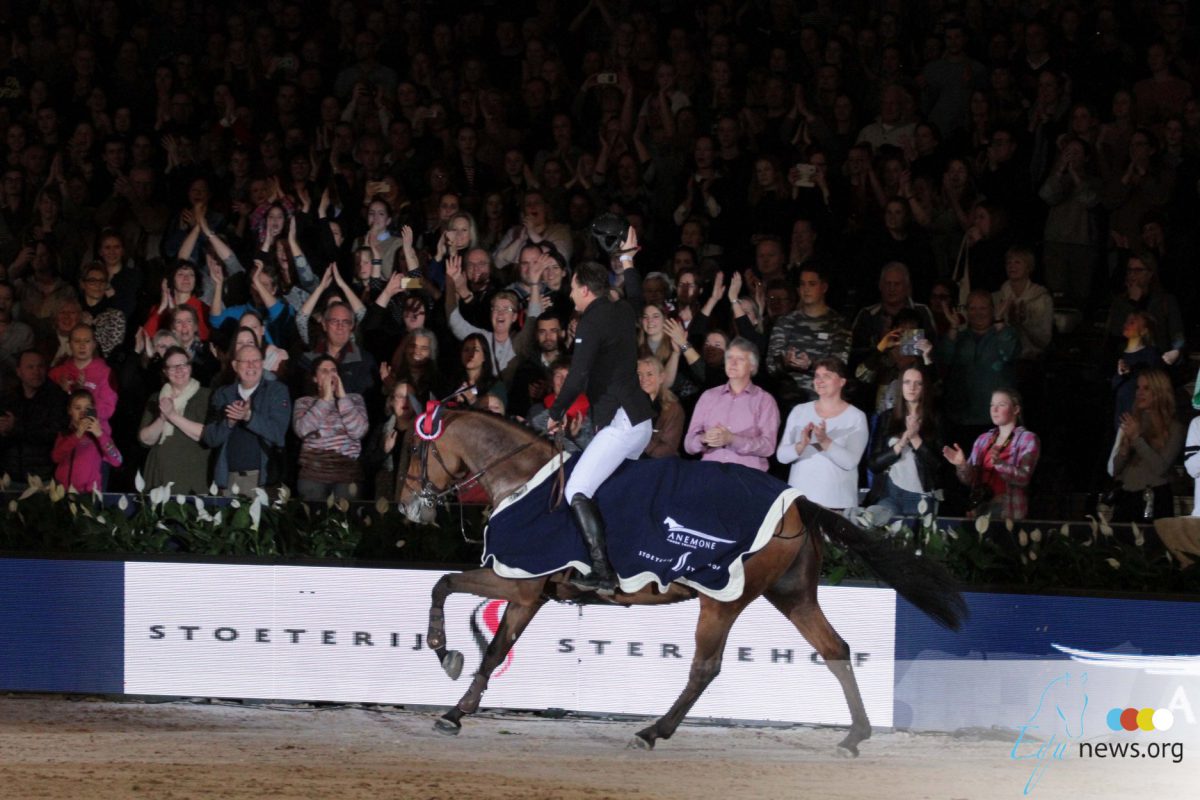 Get ready for the Bramham 2017 challenge

May Showers Bring Blue Ribbons at the Lexington International CSI 3*