It's once more Isabell Werth who proves to be the queen of dressage. Today she received a standing ovation when she and her Emilio 107 (by Ehrenpreis) finished with the high score of 87.625% taking the lead in de dressagefield at CHIO Aachen at the Grand Prix Freestyle. They showed some troubles in the flying changes every stride but followed up with great results in the passage and piaffe.

She was followed by a second place for America's Kasey Perry-Glass and her Goerklintaards Dublet (by Diamond Hit) with whom she finished with a score of 85.205%. In third place it was then Laura Graves and the Dutch Warmblood Verdades (by Florett As) and a score of 85.085%.

In fourth place it was Danish rider Cathrine Dufour with Atterupgaards Cassidy-DWB (By Caprimond), followed by Helen Langehanenberg and her Damsey FRH (by Dressage Royal). 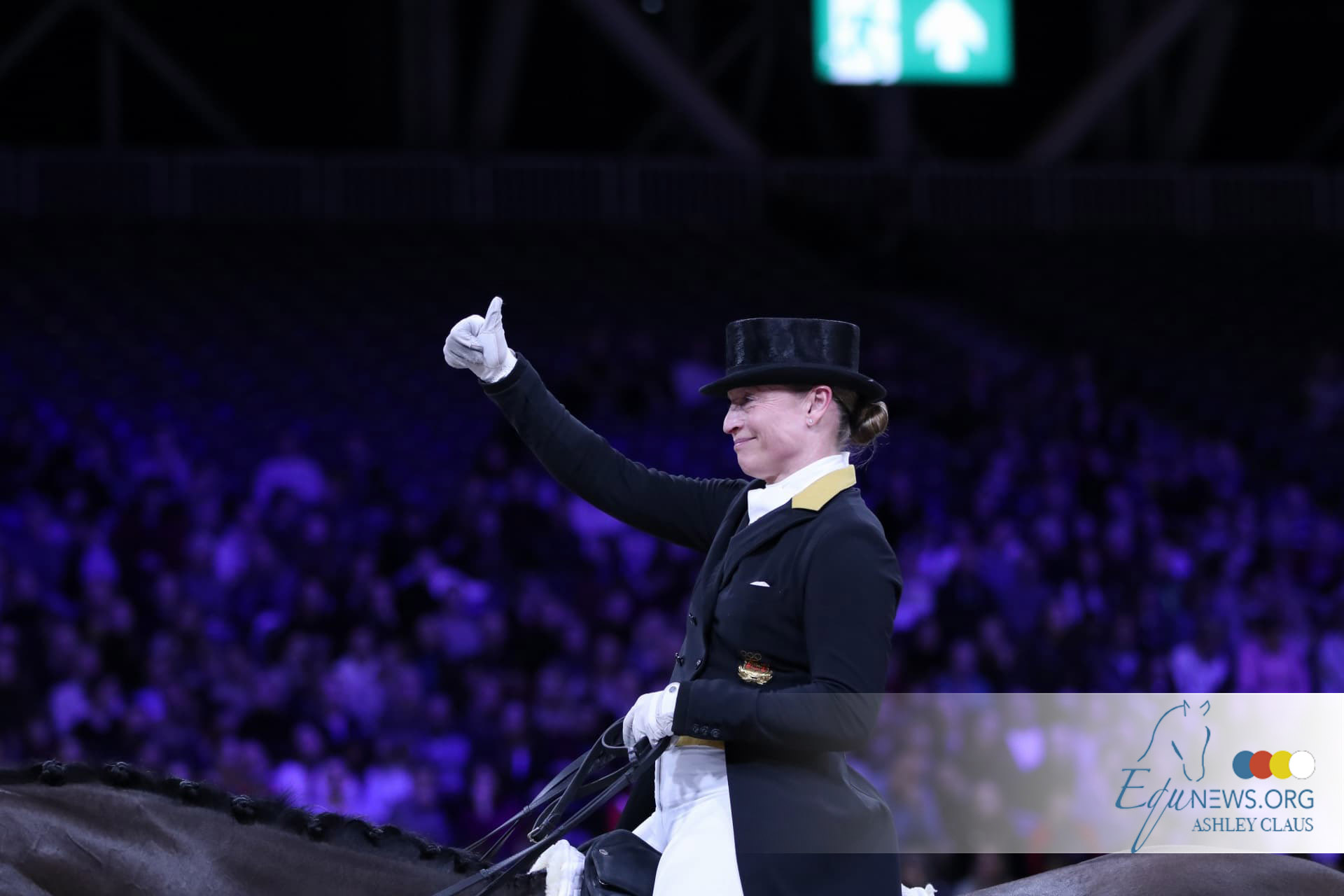