Sandro Hit is dead. At the blessed age of 28, the stamp stallion and line founder had to be put to death with a heavy heart. As a result of a short infection, his general condition deteriorated. Out of respect, he should no longer be expected to undergo the painful treatment because, according to the veterinary team treating him, there was no prospect of improvement. "Sandro Hit was especially close to my heart. He was something very special and the real founder of my now so large stallion station. His loss hits us very hard," Paul Schockemöhle explained in Mühlen/GER, where the stallion, whom he had bought at auction as a foal in Vechta in 1993, spent his whole life.

Sandro Hit was bred by Reinhold Harder: as a son of Sandro Song out of Loretta by Ramino-Welt As. The said elite mare produced further licensed stallions with Diamond Hit (by Don Schufro) and Royal Hit (by Royal Dance).

Sandro Hit had his sporting coming out in 1999 when he won the World Championships for six-year-old dressage horses in Arnheim, the Netherlands, under Dr. Ulf Möller and then did the double at the Bundeschampionat in Warendorf.

From then on, however, breeding had priority, because the demand from breeders was enormous. Type, charisma, ground-hugging movement potential, rideability - Sandro Hit passed on his unmistakable melting pot to his offspring. There was hardly a breeding area at home and abroad that did not make use of his genetics.

From 2012 onwards, Sandro Hit belonged to the illustrious circle of the world's best dressage sires. In 2017 and 2018 he held second place in the WBFSH ranking of the most successful dressage stallions, and since 2019 he has been in third place. At the just concluded Tokyo Olympic Games alone, he sired a record number of eight offspring in the arena, including the team gold winner Showtime FRH under Dorothee Schneider and the team silver winner Salvino with Adrienne Lyle/USA.

Eleven Bundeschampions can be attributed to Sandro Hit, most recently Sisters Act MT OLD in 2016, who subsequently also placed in front at the World Championships for Young Dressage Horses and the Burg-Pokal under Dorothee Schneider. The legendary Poetin (2003 Gold 5yo), Polka Hit Nexen (2008 Silver 6yo), Soliere (2010 Silver 6yo) and St. Emilion (2011 Bronze 6yo) also stood on the podium at the World Dressage Horse Championships.

Sandro Hit has over 200 licensed sons, including numerous licensing winners, premium stallions and stallion market leaders. Two of them are stationed in Mühlen: Sir Donnerhall I and San Amour - and have long enjoyed the reputation of stamp stallions themselves. "I am very happy to have quality sons of Sandro Hit on station, securing his wonderful genes. It is a very difficult farewell," Paul Schockemöhle continues.

Photo (for use free of charge only in connection with this press release and with mention of the photographer's name archive stallion station Paul Schockemöhle): Sandro Hit 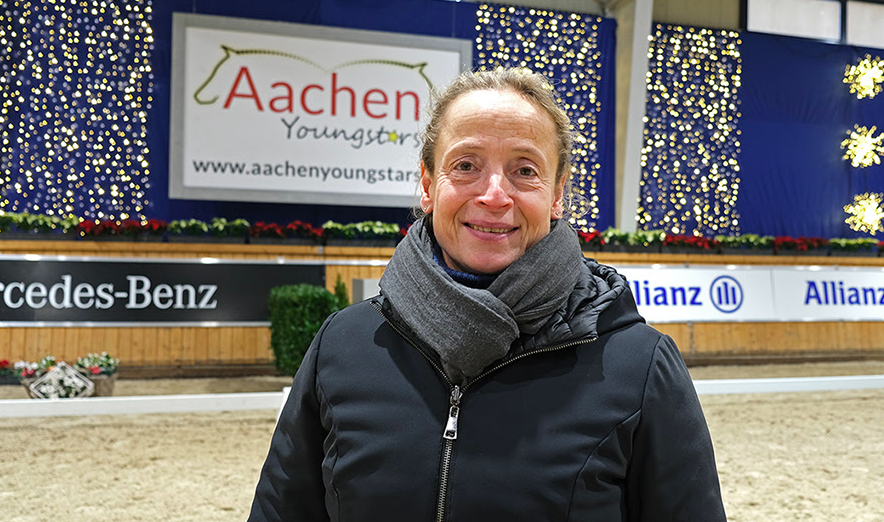 All horses and riders for next European Championships revealed