In Zangersheide one of the highlights of the weekend was jumped just now: the Grand Prix for approved stallions. Fourteen combinations managed to jump a clear round in this Sires of the World. Belgian rider Gudrun Patteet was the first to start with Sea Coast Valdelamardre Clooney (by Centeuer Z). She immediately succeeded in posting a clear round behind her name, clocking off in 37.52 seconds. This immediately set the tone.

In the end, however, this was not enough to secure victory. The denouement became a thriller of format: the difference between the number 1 and number 3 of the ranking was a mere 0.02 seconds. Koen Vereecke and Kasanova de la Pomme (by Bamako de Muze) took the victory. They jumped a clear round in 34.14 seconds.

Christian Ahlmann and Dominator 2000 Z (by Diamant de Semilly) jumped to second place; they managed to keep the clear round and finished in 34.15 seconds. Gilles Thomas and Feromas van Beek Z (by Fantomas de Muze) were in third place after a clear round in 34.16 seconds. 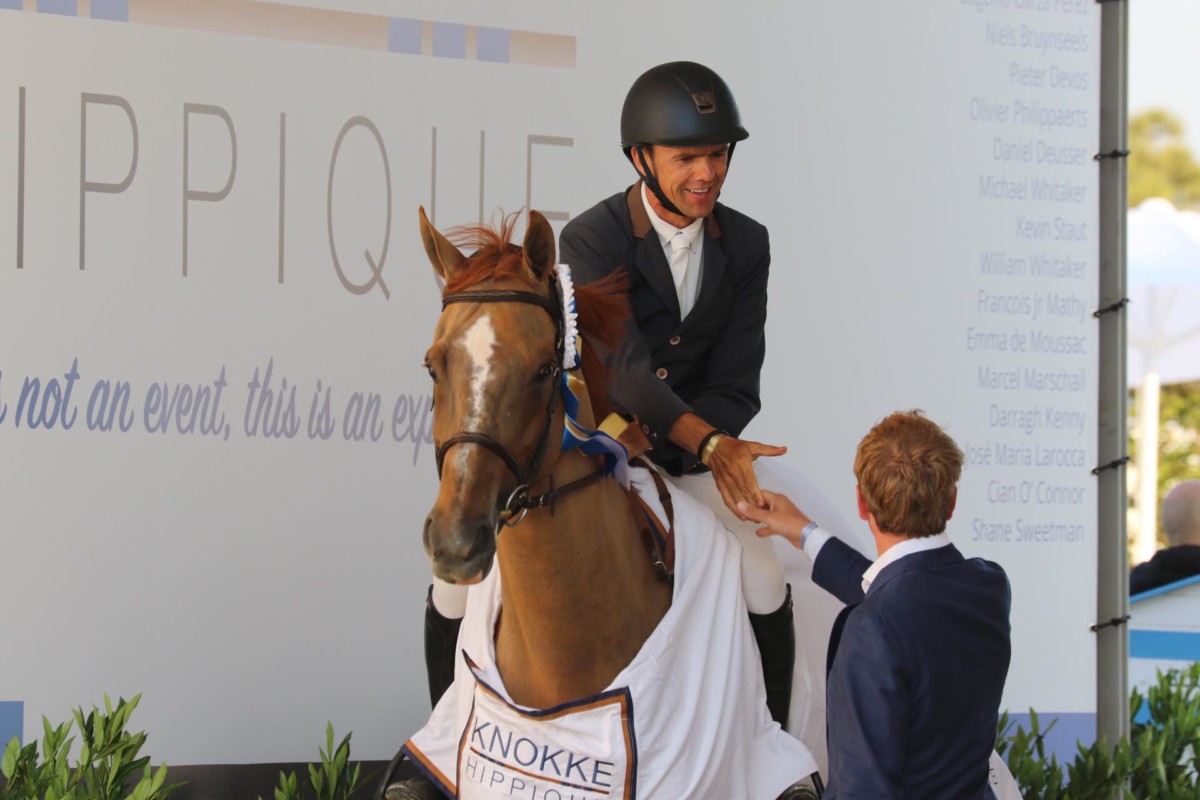 Santiago Lambre wins it all at Caledon Equestrian Park