Normally the final of the World Cup in Gothenburg should have taken place today. Unfortunately the rhinovirus decided otherwise. Therefore, we like to look back today with some of the biggest names who could already write the World Cup to their name.

The first rider ever to win the WC final was Austrian Hugo Simon. He won the first final in Sweden, now 42 years ago. He was able to win the World Cup no less than three times. Hugo is now 78 and says, "All three of my World Cup victories I would label as highlights of my career. My favorite final was the one in 1997, also in Gothenburg. I was then able to win all three qualifiers with my horse E.T.FRH which made the victory extra special".

Rodrigo Pessoa was also able to crown himself victor three times. The Brazilian dominated the circuit between 1998 and 2000, when he achieved a hat-trick with the legendary Baloubet du Rouet. Rodrigo's father, Nelson, jumped on the podium twice during the 1984 and 1991 finals. Rodrigo himself tells a little more about his 1998 victory: "I remember that that year it was very close between me and Lars Nieberg. I was able to keep the zero on the last lap and Lars had to do the same if he wanted to take the overall win. At that point I was already resigned to finishing second," Pessoa laughed. "I still thought: second is already a super result with a 9-year-old horse. As a child, I watched the World Cup finals. It was such a prestigious event. My father came second twice and I already felt that I would be able to stand on the highest step of the podium. In the end, I succeeded with three times. All three wins are very special to me but the third in a row, in Las Vegas, stands out. I don't know if anyone will manage that again but never say never!" he concludes.

Meredith Michaels-Beerbaum was also able to take three titles (2005,2006 and 2009), all three in the saddle of Shutterfly: "My favorite World Cup victory was the one in 2009 in Las Vegas, she says. It was perfect. I had won all three races that weekend and managed to put Mclain Ward and Sapphire behind us. They had been on our heels all weekend," she laughs. "It was a very emotional win for me as I had lost my stepfather a few weeks earlier. I dedicated the victory to him then,".

Marcus Ehning also managed to take home the overall victory three times already. In 2003, 2006 and 2010 he was the overall winner. He won not only with three different horses but also on three different continents. "Every final victory in the WB was special for me," says the German. "In 2003 I won in Las Vegas with Anka, which was actually very unexpected. At that time I was mostly overwhelmed myself by the mare's qualities and immediately felt that she would become a good GP horse," he laughs.

"In 2006 I won with Sandro Boy, who performed very well throughout the weekend. He didn't touch a hurdle that weekend. In 2010 I won in Geneva with two horses: Noltes Küchengirl and Plot Blue. I have very fond memories of each victory".

His compatriot Ludger Beerbaum also managed to win the World Cup. Riding Ratina Z, he took home the Cup in 1993. "This victory will always be special and one of the most meaningful to me," Beerbaum says. "Another of my most favorite victories is the one in the 1992 Olympics. When I won the World Cup in 1993, I was the first German to do so. So at that time I was especially very proud. Moreover, it was the first year that I had Ratina under the saddle".

Christian Ahlmann, in turn, was able to win in 2011, in the saddle of Taloubet Z: "It was an indescribable feeling for me to take the final victory in front of my home crowd. It remained super exciting until the last combination and will always be a weekend to remember".

Jos Lansink was also able to take home the World Cup in front of his home crowd in Den Bosch: "That final will always be an unforgettable moment in my career. I was able to win all the preliminaries and I remember that the public went crazy. For me, the 93-94 season was very special in any case, as I was able to win no less than five qualifiers. 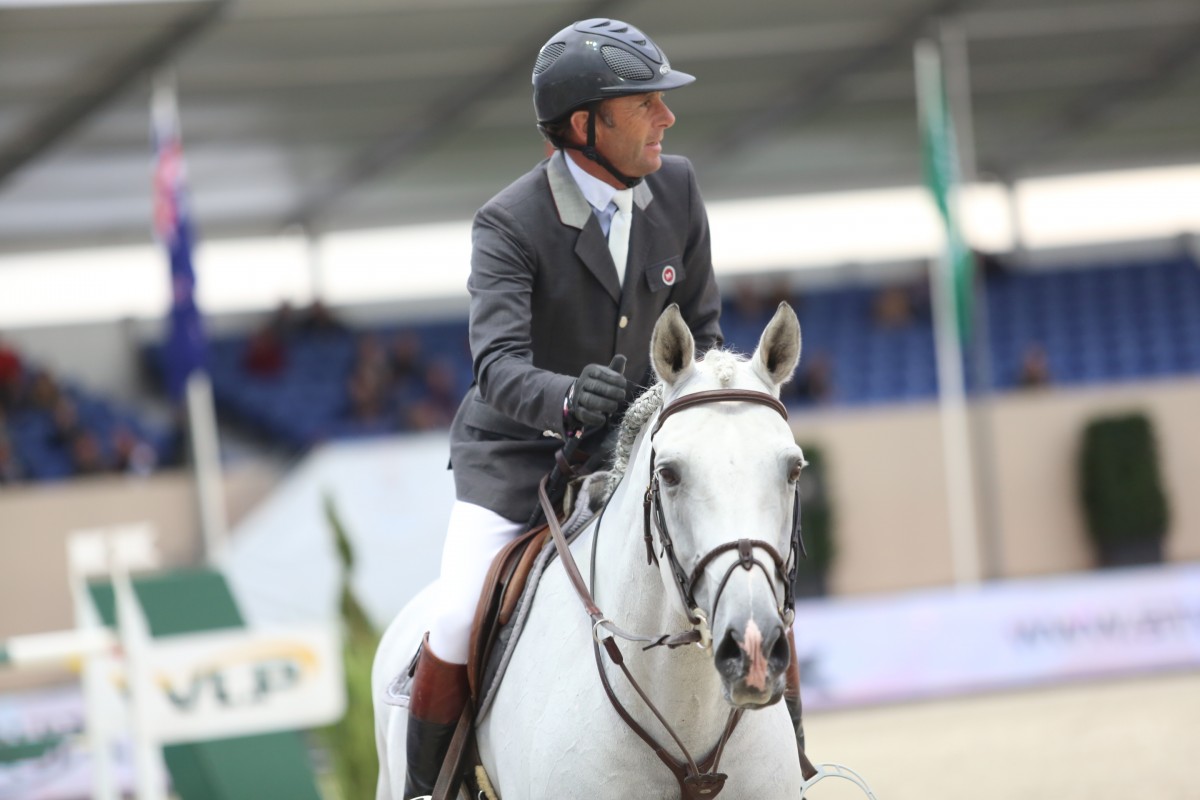 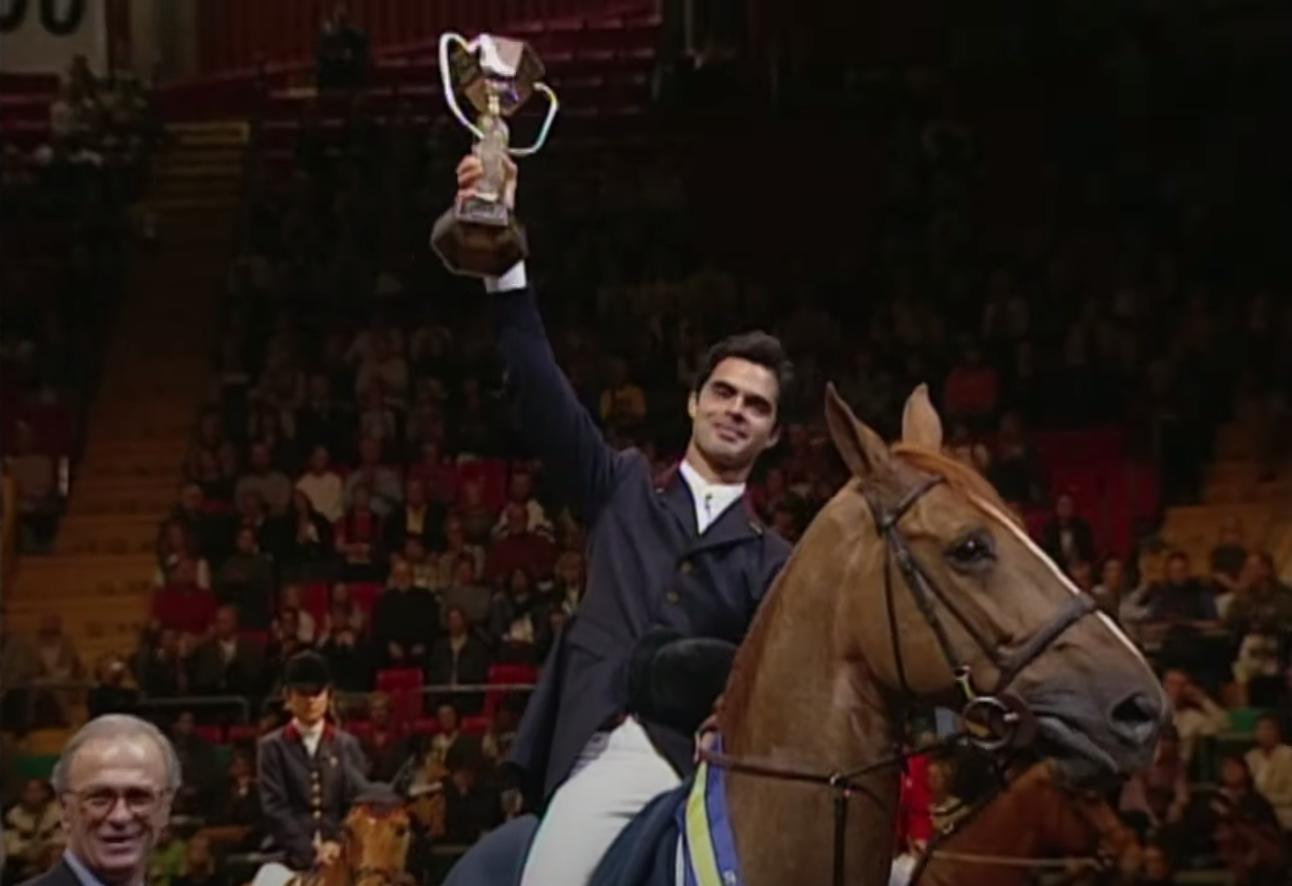 Kent Farrington: "The level in Wellington this year was much higher than usual".

Steve Guerdat: "I find it strange that other riders look up to me".