The picturesque polo fields of the International Polo Club Palm Beach (IPC) are accustomed to a vibrant social scene, the traditional bottles of champagne while stomping divots and the fast-paced game of polo. This week, as the 111th U.S. Open Championship 26-goal is about to commence, The Ridge at Wellington Turf Tour Finale highlighted the kick-off of the weekend with an astonishing race to the finish during the $24,990 1.40m Grand Prix Finale event. It was the 2015 Leading Rider, Conor Swail who narrowly held onto the lead with Dillinger.

The talented Irishman has dominated the series this winter, cruising to six of the 12 Grand Prix victories aboard a talented string of mounts. Riding for Susan and Ariel Grange, Swail has continually supported the series from its first week until the last. The IPC generously sponsored the 2015 Leading Rider Award, donating an exclusive Equestrian Membership, valued at $6,000 for the winningest rider. Beginning January 2016, Swail will be able to enjoy all of the private accommodations of the world famous venue.

"It's a great prize," Swail smiled. "It is fantastic to have won such a wonderful prize, and very generous of IPC. I train Vanessa Mannix, and her brothers play a bit of polo here, so I come over to watch and sometimes have dinner. I am excited to be able to use the membership. It is perfect for an equestrian like me, I am looking forward to it."

As only the eleventh rider of the day, Swail did not think that his time of 35.200 seconds would hold for the first place finish. He narrowly beat out Alex Granato and Zenith Dance, the first pair to go double clear in the jump off in a time of 36.378 seconds.

"Dillinger is a fantastic horse, he is only 8 years old, and he is only just starting to jump at the 1.40m and higher levels," Swail said. "He has been extremely consistent down here in Florida. He has jumped a lot of double clears here at The Ridge. Today, he had a great round, but we have a lot of riders behind us."

Swail was able to surpass Granato by leaving out a stride down the first line from the opening oxer to the vertical, as well as navigate the rollbacks to clear the bogey obstacle of Nick Granat and Eric Hasbrouck's short track, the oxer-oxer double combination.

"The course seems to be a little more difficult today, and it takes a bit of jumping. There were faults everywhere," Swail described. "The jump off for me was more suited toward a smaller and faster horse today, where as my guy is a big mover with a slower step. I had to really take a lot of risk today to go as quick as I could. I get a really fast distance over to the skinny, and he was really good to leave it up for me. I think it puts pressure on the people behind me, but I think there is a little room left there for anyone who wants to take it."

Although riders attempted to catch his pace, it turned out that nobody could.

Faults were found throughout the course, with the triple combination and the final double combination seeing the most rails fall. However, there was one jump that mattered the most-the final fence, the Panthera Vertical. For every time the jump was cleared, friends of the Panthera Conservation donated $50 to the organization, furthering their mission to ensure the future of wild cats through scientific leadership and global conservation action.

Granato continued to hold the second place position, just behind Swail as the competition continued. He has seen his name at the top of the jumper leader board throughout the 12-week series, and he knew that he would have to be efficient and quick to keep the consecutive competitors chasing his time.

"It is a very good course, and it is a bit tough. There were a lot of related lines and bending lines, as it should be for the final," Granato said. "They have really been doing a great job here all circuit really building up to this. I thought they did a really nice job with the course today. I know both of my horses fairly well, so I think it was a bit to my advantage to see how I could work it to my best interest."

Granato continued, "We have tried to bring a horse every week, whether it is a young horse or for the grand prix. They are putting on a great event, and we really want to support it. It is nice to be able to jump this much on grass. For young green horses it is good experience. You can bring young kids, young horses and really develop them outside of the limitations of the other horse shows."

As the day was coming to an end, Chicago's speed demons, Lisa Goldman and Morocco, laid down an astonishing round, but one additional stride in the opening line would separate them from Swail's time, finishing in 36.104 seconds, but pushing Granato into the third place.

"Morocco was so good all circuit," Goldman smiled. "He won a couple of the big classes with me at WEF, and I thought we would come over here and have a nice hoorah. He likes it out here, and it is a lot of fun. I thought it was a really good course, it wasn't all short or all long. There were places you had to gallop and places you had to be steady. He doesn't have the biggest stride, so it generally works to my advantage that we can run right up to the jumps."

Goldman continued, "For once, I didn't have to improvise at all. I knew I couldn't do the five up the line in the jump off. I knew I could be fast and do the six. I definitely added a couple steps to the two-stride and went a little wider, from the rounds I saw, the double combination was the bogey."

The exhibitors and guests of The Ridge at Wellington Finale event were treated to an array of food during the champagne lunch, sponsored by IPC. Throughout the series, the hospitality has been unparalleled, with complimentary breakfast and lunch for attendees of the event. Whether exhibitors stayed for their round of competition, an hour, an afternoon or the whole day, rave reviews resounded throughout the equestrian community about how Nona Garson and George D'Ambrosio brought the tradition of show jumping back to the discipline.

Swail concluded, "You will indeed see me back here next year. We had seven here today. We definitely support it and thought it was very beneficial for our horses. Nona and George do such a nice job, when you believe in something so strongly and the benefits that accompany it, you want to come back every week and look forward to next year."

The Ridge would like to thank the cooler and banner sponsor throughout the series, Dover Saddlery. They are very grateful to their jump sponsors Panthera, Hollow Brook Wealth Management and PJ Saddles.

For videos of the competition, please visit www.shownet.biz. 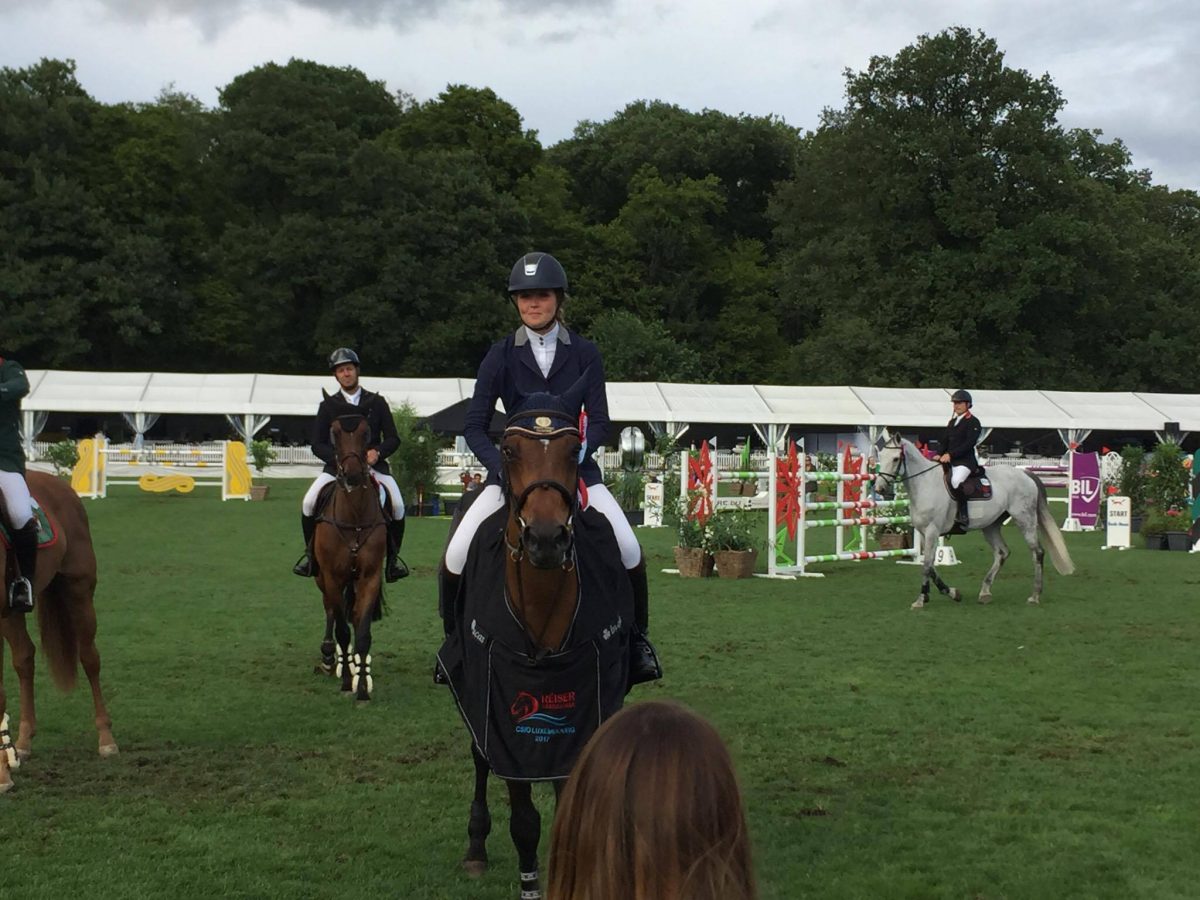 Belgians and Spanish triumph in Bonheiden